Samuel Adamson: 2015 Conference Address – Never Let People Tell You What A Musical Is 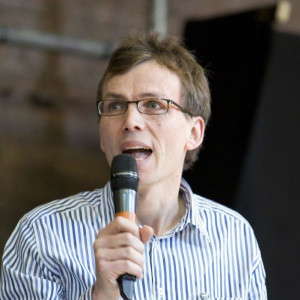 Samuel Adamson: Never let people tell you what a musical is

All of us here passionately believe, surely, that there are as many formal, structural, tonal, stylistic and narrative variations in germinating and existing ‘musicals’, ‘operas’ and ‘music theatre’ as there are in germinating and existing ‘plays’ or other kinds of performance. So, the answer to the question, “Is there only one way to write a musical?” is easy – in case you missed it, it’s no – but the fact that someone thought the question needed to be asked is worth exploring.

I’d argue that there is a lingering tendency to put musicals in a box, as if there is only one kind. Musicals are fun. Camp. A musical is seldom sincere, usually ironic. Musicals concern themselves with the rites of passage of teenagers or young lovers. Musicals are for girls, women and gay men. Musicals are Stephen Sondheim on the one hand and everything else on the other. Musicals are compilation shows. Musicals are gargantuan commercial Book of Mormon hits or Fields of Ambrosia flops.

Some of these things are true some of the time. But the broader reality is that the form has always been as exciting, challenging, diverse, political, provocative, intimate, experimental, fluid, unpredictable, contradictory, youthful, obnoxious, precocious, engaging and mirror-holding-to-nature as any other kind of theatre, and I’d like to see a culture in which that is readily recognised – not just by audiences and the people who create and produce musicals, and by organisations like Mercury and Musical Theatre Network – but also by the literary departments, associates and artistic directors of all our subsidised theatres – and by journalists.

The reason some people bunch vastly different ‘musicals’ together is of course because they have one thing in common: they use music, specifically song, to tell their stories. The first thing to say is that there’s nothing about this that should bring out the snob in anyone: a character breaking into song is no less justified or more ludicrous than one breaking into naturalistic dialogue. All of us, creators and audience, are in the business of imagination, and in musicals characters sing for exactly the same reasons they speak in plays: in order to converse, to soliloquise, to propel the plot, to get what they want, to learn what they need, to be the “train-bearers in the pageant of life”. But the more important point is that music is one of the most individual forms of expression, and a show like In the Heights lives on a completely different musical planet from The Scottsboro Boys, and I’m convinced we don’t have a culture that recognises this enough.

Recently in the Guardian, Mark Lawson looked at four current musicals, Assassins, Cats, City of Angels and Anything Goes, and wrote an article entitled ‘Going by the book: how much talking is too much in musicals?’ I like and respect Mark, but I found this reductive: why can’t more British journalists acknowledge, more keenly, the vastness of this genre? Although he admitted the divergent subject matter of the four shows, he made an argument that audiences have fixed expectations about the marriage of song and dialogue: that is, his underlying premise was that musical theatre is a form with limits.

But the four musicals he mentioned are similar only because people sing in them. Cats is a through-sung ballet based on poems; Assassins is a conceptual, non-linear historical pageant; City of Angels is a satiric homage to film noir; Anything Goes is a comic operetta: they are as different from each other in style, content and musical identity as can be, and no journalist worth her salt would take four current plays of such variety – let’s say King Charles III, Di and Viv and Rose, A View from the Bridge and Man and Superman – and lump them together simply because in them people talk. A more interesting article might have asked, “What’s different about these pieces?”; it might have investigated how inadequate the term ‘musical’ is for at least three of them; and it might have related that all of them, when they premiered, stretched the boundaries of how music, lyric, dialogue, dance and mise-en-scene can combine to engage audiences with new stories.

I want to see a journalistic and artistic directorship-led culture that respects musicals so that work like American Psycho at the Almeida, London Road at the National and The Scottsboro Boys at the Young Vic is programmed in all the subsidised houses on a much more regular basis; a culture that is free from the vestiges of snobbery that song is merely populist, and that audiences know what they’re getting when they go to see a ‘musical’. They don’t. Every person in this room is actively pushing at the boundaries of how music can work in theatre and every week there’s a new ‘musical’ somewhere that is a surprise.

This brings me to my final point about one perception of musicals which I think can hinder their development and programming – and that is that they must be overtly commercially successful, and if they’re not, they’re artistic failures. Yes, they can be expensive to make, so the commercial pressures can be high. But mustn’t we recalibrate our thinking? Surely, if we’re making work because we believe in the work, it’s acceptable to programme a musical and for it not to transfer to the West End, and yet for it to speak to the audience it happens to get; to entertain and provoke as any other piece that doesn’t happen to run for three years might. I’d love to see a musical – whatever that is – on at the Royal Court, and like Zinnie Harris’s stupendous play How to Hold Your Breath, for it to be critically shat upon, provoke a conversation, divide people, sell every seat, and probably not have further life until it’s revived down the line.

This is beginning to happen in the UK, I think. The theatres I’ve mentioned, many other theatres across the country, several artistic directors, and the commercial work at places like Southwark Playhouse, are proving that experimental work, new plays, classics, new musicals, old musicals, flop musicals – musicals that have the right to fail because they push at the frontiers of audience and critical expectation – can all exist side by side.

Get writing and making, always believe in the validity and endless possibilities of this form, and convince others of it as well. Of course there’s no one way to write a musical – and never let people tell you what a musical is.