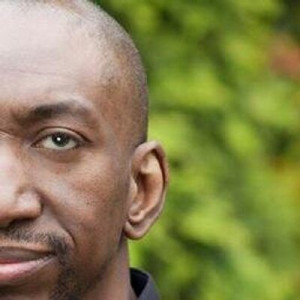 How and when did you start writing for Musical Theatre?
I began writing for Musical Theatre during my MA studies at university in 2012. I studied on the MA programme for musical theatre writing at Goldsmiths College. I’d been writing songs since childhood and I previously had a career as a musician/composer. Shortly after completing my first degree I began writing short stories. As I already had professional experience as a songwriter, investigating and learning the craft of musical theatre storytelling seemed a natural progression.

What are you working on at the moment?
I’m working on a few things right now. Last year, I wrote and produced my musical Scandinavian Heart, which was performed at Upstairs at the Gatehouse as part of the Camden Fringe festival. This year, I’m looking to collaborate with a director, a producer, some actors and musicians in order to further develop Scandinavian Heart with a view to putting on what my friend calls a ‘premier version’ of the show for a longer run at a theatre early next year. I’m also writing two stories – a musical comedy about a teenage vampire who can’t stand the taste of blood and another about a time travelling scientist from the future. I’m also trying to acquire the rights to the novel Jazz by Toni Morrison.

Do you have a regular writing routine – a time of day when you write best?
It really depends on the project. I’m always looking to improve. On reflection I think I get more done in the daytime but my most creative and imaginative writing happens at night. I think ‘best’ writing is a bit like Nyx, the Greek goddess of the night – beautiful, born of chaos and only to be seen in glimpses.

When you have an idea for a new show, what is the first thing you do?
I generally tend to work on the concept first and I’ll do some background research. I then try to paint a picture of the characters in my mind and I’ll think about the texture and theatrical language of the piece – this is really helpful as a way into the sound world of the show. I then write a song that sums up the concept of the musical – this song never stays in the show but it helps test out my ideas about instrumentation/orchestration. I then work on the plot, writing the first couple of drafts linearly. I’ll then do some more background research in relation to the concept or theme(s) of the show. Once I’ve settled on the concept and plot idea, I work on the structure and mood of the piece and I really start taking the plot apart and putting it back together again draft by draft. The song writing/song placement comes last.

What aspect of the craft is most challenging for you?
All of it!

What do you do when writers block strikes!?
I usually go for a run or do some meditation to clear my head.

What one piece of craft advice would you like to share?
I don’t know if I’m in any position to give advice at this point but I’d say always challenge your writing more, even if you’re relatively happy with what you’ve written. I also like playing with music from different eras as a way to create more impact, for example, I might try to merge modern pithy or jokey lyrics with traditional throwback sounds. I also push myself to think of ways of making lyrics give clues about the plot and as well as the lyrics and dialogue, I always aim to make the melody of a song shed even more insight into a character’s state of mind.

Which Musical theatre writer has had the biggest influence on your career?
There are a few classic and contemporary writers that have influenced my Musical Theatre career: Rogers and Hammerstein, Betty Comden, Lionel Bart, Alan Menkin, Stephen Sondheim and Tim Minchin. Their writing has a real intelligence and humanity to it.

If you had a magic wand what would be the one thing you would change in the sector?
If I were to change one thing, it would be to arrive at the point where we regularly engage new audiences in musical theatre. To do that I think we need to constantly examine and evolve forms of the musical and work on improving our sensitivity towards (and engaging more with) people and communities who rather than saying “art is for everyone” have a preconceived historical and cultural perspective that says, “Musical Theatre isn’t for me”.

What are you listening to on your ipod at the moment?
I’m listening to a lot of different music – The Beatles, the original soundtrack recording of West Side Story, Blind Lemon Jefferson, Billy Joel, Ray Charles, Sam Cooke, Bach’s Sinfonia in D major, the Foo Fighters, Esperanza Spalding, A Tribe Called Quest, The Meters, Stravinsky’s Symphony of Psalms, Lee Morgan, Prince, Claude Debussy, Szjerdene, George the poet, Rozi Plain… What were the circumstances behind you joining the MMD board?
I worked with George Stiles on an American university production of the THREE MUSKETEERS written by the Stiles/Raby/Leigh combo. Then we made a presentation of the show in New York at NAMT. And then I became a member of the Mercury Board. We’re talking 2001 maybe? 14 years ago. Gulp.

How would you say your skills and experience compliment the other board members?
The MMD Board really are a very capable and hard working group, and devoted to the cause of musical theatre and the aims of our organisation. They work well together and understand that encouragement, advice and support are critical elements in the contribution they make. I’ve run a theatre (Greenwich), an independent company (Cut and Thrust), and been an associate at Chichester – so perhaps I have some insight on how teams work, how to deal with funding bodies, and how the politics must never overwhelm the main aims of a company: in our case – helping writers and composers to develop, become established and contribute new work to the culture. I’ve directed and written musicals. I contributed book and some lyrics for IT’S A WONDERFUL LIFE – music by Steve Brown – which had its first outing at The Wolsey (Ipswich). I directed, and latterly contributed some book ideas, for productions of THREE MUSKETEERS at The University of South Florida, The North Shore Theatre, Boston and the Rose, Kingston. We presented a number of musicals at Greenwich – including a great version of SIDE BY SIDE BY SONDHEIM with Dawn French as host. I hope that all of these experiences mean I can represent and empathise with the MMD membership.

How has MMD changed since you joined the board?
It’s become immeasurably stronger and enjoys a much more significant public profile. The range of development opportunities, masterclasses, bursaries, competitions, placements and so on – has increased hugely. There is a confidence and verve to its operation which is truly impressive. The recent success acquiring Arts Council funding was a big step forward, though it’s important to make clear that ever since I was on the board, vigorous efforts have been made to engage with ACE (or whatever it was back in 2001…). All the officers of Mercury have leant their time and devotion to nudging MMD in to the limelight. Particular respect to Georgina Bexon, Neil Marcus and our new and magnificent leader Victoria Saxton!

What are your hopes for the organisation?
To help all its members in as many ways as possible. Introducing talented composers to clever lyricists, book writers to composers, teams of all three to directors, workshop opportunities, theatres and the widest possible public. But also mentoring new writers, providing some support and direction in those bleak moments when a bunch of good ideas just won’t gel, introducing our members to experienced practitioners who can HELP, nurturing green shoots. I’d like us to open up new destinations for musical theatre, to make smaller groups around the country – schools, colleges, community groups – understand that a new musical isn’t beyond them.

Who are your heroes and why?
All composers! What they do is a kind of magic. More particularly Alecky Blythe and Adam Cork for pulling off such a coup with London Road, Lionel Bart for Oliver (which I grew up with), Stephen Sondheim (and his collaborators) for being so funny and wise and sharp and various, Leonard Bernstein for West Side Story and Candide.

What’s the most important craft advice you can give?
You can be more adventurous than you think. Trust the audience to make connections, don’t do their thinking for them. Don’t always shine a bright light on the world you create from the beginning: people want to be intrigued, drawn to a place they catch a glimpse of through (sometimes) quite a small window.

Who has had the biggest impact on your career?
A man called Ronald Eyre. Ron was a director, writer, presenter of brilliant documentaries, teacher. I first worked as his assistant on A PATRIOT FOR ME – with Alan Bates – at Chichester in 1983. He was perceptive, funny, wise, trenchant and mostly kind. He was doggedly independent and viewed large, self important organisations with a dry mistrust. Of the many things I learnt from him, perhaps the best was not to be intimidated by the big beasts and their supposed power. They have no more access to truth or originality than anyone else…

What are you currently working on?
We are locked in a frustrating set of negotiations for the underlying rights to IT’S A WONDERFUL LIFE. Then there’s a film version of Jamie O’Neill’s wonderful AT SWIM TWO BOYS, several sitcoms for the BBC, an adaptation of THE OLD CURIOSITY SHOP, developments in our lovely Somerset garden, a radio version of La Reine Margot, trying to improve my grasp of the recipes of Yotam Ottolenghi.

If you hadn’t become a Director, what profession would you have chosen?
Well – I was an actor, and I’ve been mainly a director and TV producer. If I hadn’t done any of this, I think I’d have been a gardener. Or a rock star.

What surprises, challenges or delights you when you first put a piece on it’s feet?
I’m always pleased and surprised at how much scaffolding can be ditched. Simple clarifications, a few words addressed directly to the audience – to bring them up to speed as it were – are so much better than unwieldy establishing scenes. It’s also wonderful to see how actors and singers fill in the gaps – by simply inhabiting their characters. They can suggest SO MUCH. I’m often disappointed by the outcome of expensive technical devices. I’m often pleased by some ingenious but simple solution. Actors and singers are much much more interesting than hydraulics and computerised shape-shifting.

Why would you encourage writers to join MMD?
Writing and composing can be a solitary life. Thrilling at times, but frustrating and impossible at others. Listening to the experiences of others, hearing how other people have dealt with crises (or just learning that other people HAVE crises), listening to wise words from established talents, getting to hear your work read out loud, absorbing and dealing with critical observations, being inspired – all these are reasons why writers should join MMD. Therapy, support, solidarity, education, advice, development, networking and even fun: it’s a no-brainer.