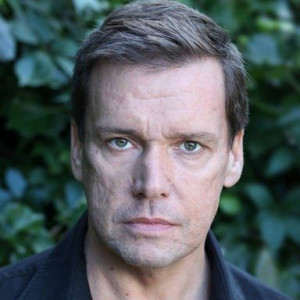 How long have you been a member of MMD?
That’s a good question and I am not quite sure but it must be a while!

How and when did you start writing for Musical Theatre?
I am an actor by profession presently in Memphis and for most of my career have performed in musicals. At the age of 7 I played Oliver in my school production so musicals are in my blood. I had always written pop songs from 16 and like anyone wanted to be Elton John so I was learning how to write a well-structured song quite early on. At 21 my father was reduced to tears by a book called Duncton Wood so I read it. This was at the time of Les Miserables and I thought the story had the same large scale themes. Over a period of 10 months I sat down every day and condensed the book, structured the plot and story lines and then sat at the piano and began….At the time I won the John Lennon Award issued by PRS for outstanding new songwriter and received 5,000 pounds. I had to convince myself that I could actually write for musical theatre and used the money to have the piece recorded with a 22 piece orchestra (yes I had to pull a lot of strings). After that I knew this is what I wanted to do.

What are you working on at the moment?
There is no easy way to say this without sounding like some spiritual idiot but I had a dream one night, woke up the next day and spent the next 4 days writing non-stop. You could say the idea just came to me but any writer understands you have all these things going around you head and at some point you find the trigger and it all makes sense. I have lots of questions about why we are here, is there a god, human behaviour and analysis, the starving, war..all the big questions and suddenly thought If I was an Astronaut I could say everything I ever wanted to say without being politically incorrect and express my views on anything and everything. This gave me the setting and once I had that my four days writing were like a view into my outlook on the 50 years of life I have lived so far. Think Gravity meets the Dali Lama! It was probably also triggered by the fact my other musicals have very large casts and as per usual producers keep saying writing something smaller. Well it doesn’t get smaller than this, yet the themes are still enormous!

Do you have a regular writing routine – a time of day when you write best?
I tend to wake up with ideas and have to scribble them down and then write as soon as I get up. I find my best ideas come to me when the day hasn’t yet thrown real life at me! If I have something on the go it will haunt my every hour until I get it right.

When you have an idea for a new show, what is the first thing you do?
In the case of Astronaut I sat down and wrote the whole thing from the beginning. I knew there would be technical knowledge I needed and scientific experimental reasoning but these are all things I could do the broad strokes and then research later. The plot is very important and even though this is a one man/woman show, there are other characters who appear as VT or voice overs. No one else sings only the Astronaut and the first draft I tend to write the whole score as basic rhyming couplets. In my head I know straight away the tempo and feel that I want at any specific time and write lyrics accordingly even though I am not sure what the tune is. As an actor I know I write visually and see the production in my head. I sometimes forget that after 30 years performing in musicals I have a wealth of technical knowledge of how to stage something and a creative ability to understand the flow and structure required. Over all, for all my work I find what I need to say in a song and write a basic lyric that gets me from A to B. I then head for the piano and work out the basic song. I will then rewrite the lyrics to fit and then alter the music as a final stage. A the start of a musical I know whether I want to write something modern , classical or in the style of etc…
In the case of Astronaut I know I need to achieve a Thomas Newman soundscape which grounds my writing to the extent that I know when I have strayed too far and what I have written will or won’t work.

What aspect of the craft is most challenging for you?
I am not as good a pianist as I would like to be and so enjoy the process during the demo stage of input from good pianists who won’t say I am wrong but will say “ Is this what you meant ? ” I rely on their experience for modulations, key changes, tempo and all the things you associate with the step in-between before orchestrations. I don’t write music and tend to record the piano part then sing the tune straight to computer. This generates the sheet music but also as an actor I see how the piece works from a performer’s point of view.

What do you do when writers block strikes!?
Drop everything. Let it go round and round in your head, let your subconscious take over, the idea will come, then type/play as though you are a secretary taking notes.

What one piece of craft advice would you like to share?
Everyone had an opinion! Trust your own instincts and value advice from those you trust.

If you had a magic wand what would be the one thing you would change / improve in the sector?
Oh God where do I start!
The one thing I would do is set a up an organisation that receives funding to give musical theatre writers who have finished products ,without the  need of workshops or guidance , a lump sum of let’s say 30,000 pounds to mount a first stage production for a limited run at a small theatre. In London the only option seems to be to mount your own show over a pub! I take my hat off to those who have achieved this as it’s a miracle and bloody hard work. However, we also lack a suitable space to do this. I myself recently mounted a show at the Union theatre but after that the next step requires a producer and a small west end theatre. Southwark playhouse and the Donmar would be perfect for this kind of venture but as yet only produce existing shows. I suppose I am talking about mounting shows that have a limited public run that also serve (from the writers point of view ) as a workshop that can be incredibly useful. If I had the money I wouldn’t hesitate to find a warehouse or office building and use it as a Musical Theatre Laboratory. Producers of large scale musicals would also benefit of seeing their work before they throw 4 million pounds at it !

What are you listening to on your ipod at the moment?
I don’t have an I pod

The chance to get your work seen by other writers and professionals.  Your support over the years in all aspects of the creative and legal processes, resources and the many questions you have answered as I send you email after email has been invaluable. What were the circumstances behind you joining the MMD board? And how long have you been a board member?
I joined the board in 2009, after I succeeded John Schofield at Josef Weinberger. I’m sure John must have been invited by George and Anthony.

How would you say your skills and experience compliment the other board members?
Well, I hope they do. I would say by contributing copyright “back-up” to our legal expertise combined with knowledge of the work being performed across the country and abroad and contacts with many of the practitioners. That dovetails with the attributes of several of the other board members.

How has MMD changed since you joined the board?
It has become much more outward-looking, in partnering with MTN to apply for Arts Council support, in partnering with Perfect Pitch and Musical Theatre Network, the Sondheim Society, in producing events. We’re now talking about international ambassadors and thinking more globally. It’s about making more connections.

What are your hopes for the organisation?
The most valuable thing we can achieve, I think, is the creation of a vibrant “exchange” where members and theatre professionals share knowledge and experience, mentor each other, discuss and develop ideas and opportunities for work to be created and worked on, the result being a continual excitement about new work and growth in quality, heightened expectation and standards. Ultimately, a situation where we are an integral part of the theatrical life of the country, right across the board from fringe and regional theatre to the West End, where producers and artistic directors will automatically want to connect with us when they are planning to produce new musical theatre, and where the business will want to come and see whatever we present. For that to happen, we have to be credible and to accumulate a record of successes.

What was your most memorable theatrical experience as a child?
There weren’t that many and there was no life-changing moment, I’m afraid.  My mother performed several times in the chorus of the local amateur society; I think I saw Oklahoma! and Paint Your Wagon when I was still in short trousers and I saw a production of Coriolanus with my school. My love of musicals came more from the famous Hollywood movie musicals. I still can’t watch The Sound of Music without thinking of my mother…but funnily, it’s not just the movie. Seeing the stage musical in a theatre generates the same emotions.

Who are your heroes and why?
Danny Kaye is my favourite performer of all time.  We had an LP of the songs from the film of Hans Christian Andersen when I was young.  I listened to it all the time.  A natural comedian with incredible timing and musicality…he could convey a pure joi de vivre like no-one else.  David Attenborough is someone you must admire…and life would be ineffably poorer without Bach, Mozart, Shakespeare and the Greek philosophers.  I really hope the younger generation won’t lose touch with them.

When you were growing up what did you want to be?
A real person.  Possibly a musician, but the drive to endure the practise somehow was not there.

What’s your favourite musical?
It’s not a fair question, but if I had to take one musical with me to a desert island, it would have to be West Side Story, with The Light in the Piazza running it very close.

If you had a magic wand what would be the one thing you would change / improve in the (musical theatre) sector?
I’d give the public an appetite to see new work and help them to let go of the desire to only see shows and stories that they already know.  After all, people rarely read the same book twice.

Why would you encourage writers to join MMD?
Writing is a lonely activity but writing musicals can’t be done alone and if you want your work to be performed, it is going, ultimately, to involve many many people.  You do need to be a part of the community!