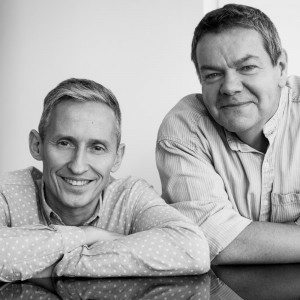 Courtney Bowman is this year’s Stephen Sondheim Society Student Performer of the Year, performing ‘Me and My Town’ from Sondheim’s musical Anyone Can Whistle and ‘The Driving Lesson’ from the musical Heart of Winter written by Tim Connor.

Bowman was selected out of 12 finalists who qualified from the UK’s many musical theatre courses and has been awarded a £1,000 first prize. Eleanor Jackson was named runner-up for performances of Sondheim’s ‘Sunday in the Park With George’ from and ‘More to Life’ by James Burn.

In addition to this Tim Connor won the Stiles + Drewe Prize for Best New Song for ‘Back to School’ from Heart of Winter. This prize recognises an outstanding song from a new musical, and the winner receives a prize of £1,000 to put towards developing their work.

This year also marked the expansion of the Stiles + Drewe Prize to include their inaugural Mentorship Award, supported by Music Theatre International (Europe).

Darren Clark and Rhys Jennings won the Mentorship Award with the new musical The Wicker Husband. They will receive 12 months of mentorship and support, benefiting from monthly writers’ labs, a one-week writing retreat, and two panel-led progress labs, with the year culminating in an industry showcase.

Stiles and Drewe won the first Vivian Ellis Prize in 1985 for their musical Just So, which introduced them to the major heavyweights of the musical theatre world and made an enormous impact at the beginning of their careers. The MTI Stiles + Drewe Mentorship Award aims to give a similar kick-start to a new generation of musical theatre writing talent.

The annual gala is co-produced by The Stephen Sondhiem Society and Mercury Musical Developments and was this year directed by Chris Hocking, with musical direction by Mark Warman.

The Stephen Sondheim Society chairman Craig Glenday said: “What a tremendous way to mark our tenth anniversary! Courtney totally understood the performance aspect of the competition and delivered both of her songs with great style. She received the loudest applause of the afternoon and is a deserving winner.”

Executive director of MMD Victoria Saxton added: “The judges were faced with an incredibly difficult decision. However, Tim Connor’s ‘Back to School’ was the stand-out for its specific and witty lyrics that fully brought the character and situation to life, a skill that’s hard for lyricists to master.”

Courtney Bowman is 21 years old and grew up in Boston, Lincolnshire. She is currently in her final term at the Guildford School of Acting. She has just finished playing the role of Billie in Our House at the Yvonne Arnaud Theatre, Leaf’s Mom/Jesus in The 25th Annual Putnam County Spelling Bee and Clara in Ghost the Musical. In her second year, she played the role of Cora Hoover Hooper in Anyone Can Whistle.

Tim Connor’s credits include Heart of Winter (story/dramaturgy by Lia Buddle) and The Stationmaster (book by Susannah Pearse), produced by Aria Entertainment at the Tristan Bates Theatre in October 2015. His ballad, ‘The Little Match Girl’ was sung by Olivier Award-winner Janie Dee on BBC Radio’s Loose Ends. Last year, Connor saved up to make a studio album of Heart of Winter, recorded by Sondheim Prize-winner Corrine Priest.

The full list of the 12 finalists for the Stiles + and Drewe Best New Song Prize:

‘How Did I Get Here?’ by Rowland Braché & Richard Voyce

‘Back to School’ by Tim Connor

‘The Driving Lesson’ by Tim Connor

‘My Wicker Man’ by Darren Clark

‘More to Life’ by James Burn

’Watchin’ the Door’ by Caroline Wigmore