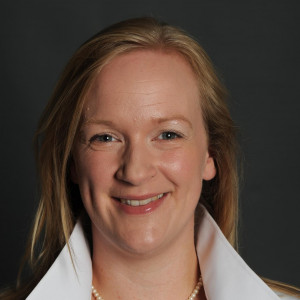 As I write this I am in the midst of preparing for The Wind in the Willows, one of the projects that I’m working on as part of the Cameron Mackintosh Resident Composer Award. Writing from ‘in the thick of it’, and three-quarters of the way through my residency, so far I can say it has truly been a fantastic experience. But there is much more to come before I officially finish in the Autumn…so here is blog part 1!

I am incredibly fortunate to be resident in two theatre jointly; The New Wolsey in Ipswich and The Mercury Theatre in Colchester, and the projects that I am working on are spread across both theatres and involve working with a number of different directors. This has been exactly what I hoped for – creating multiple new relationships which have stretched both my creative and collaborative muscles in new directions.

The residency started with Bully Boy, Sandi Toksvig’s hard-hitting play about contemporary warfare which re-opened the Mercury Studio after its refurbishment. Director Dan Sherer’s creative approach meant that I considered music as metaphor more than I had previously; for the literal sound of a bomb explosion we may hear a serene Nocturne instead while gunfire might be a microtonal drone on the cello. It was also great to work with sound designed Steve Mayo to try to achieve the blending of sound and music to create a multi-layered sound world where you were never quite sure what was ‘sound’ and what was ‘music’.

The six months of my residency are spread over a year, during which time the Artistic Directors of both theatres are mentoring me through creating a musical of my choice. The resulting show (currently called My Life but I think this will probably change… it’s quite a tricky title to use in sentences in your everyday life – try it out and see!) is a contemporary adaptation of the Faust legend.  I’m not suing one specific version but taking the concepts from multiple versions of Faust and relating it to a (albeit heightened) contemporary scenario. Peter Rowe (New Wolsey) and Daniel Buckroyd (The Mercury) and I met fairly early on in the process to discuss the show and they both gave me feedback on a detailed scene breakdown in order for me to create a very rough draft to workshop in January with the New Wolsey panto cast. This was a fantastic experience – completely invaluable to the development of the show so far. The New Wolsey panto is famous for being an exciting creation of rock actor-musicianship and as such the cast that I worked with were incredible – both as actors and as musicians. We were able to work on sections of script and song, but also trying out band arrangements, meaning that in three half-days I was able to go away with the feedback ringing in my ears and feverishly write a whole new draft for the following week which felt like it really escalated progress. Pete was working with me throughout with sage advice from multiple perspectives of writer, dramaturg, director and artistic director all in one. An amazing experience and something I would do again in a heartbeat should a cast midway through its run ever be willing to again! I am now working on a detailed full draft and score for My Life to take to discuss with Pete and Daniel in August.

I was very ee was part of the residency to be involved in the work of the Creative Learning department and in February I wrote the music for Alfie Strange – Trained Time Travellers Only. This was a devised high-energy piece, directed by Rob Salmon, which was to start at the New Wolsey and then tour round schools. The music for Alfie Strange involved drawing on the sound world of kids’ TV to create some upbeat characterful movement sequences. I am really delighted to also be writing the music for the youth theatre’s production of The Twits, also in the Wolsey Studio later on in the year, and director Sian Thomas is working with a 1980s vibe. I’ll start working on this soon am looking forward to researching for my 80s synths!

But right now I’m busily finishing orchestrating Wind in the Willows for The Mercury – rehearsals start in a fortnight. This is a rambunctious, fun version of the story which moves away a little from the nostalgia associated with the piece. There is a cast of eight actor-musicians, so, with Director Matt Callum and Musical Director Barnaby Southgate, I am currently piecing together the jigsaw puzzle f who can play what when, and how a brass player can both play their instrument and sing simultaneously! I’ve done scores for several great actor-muso plays before, but I’ve always wanted to do an actor-muso musical. The music is somewhere between stifle and fiesta with a lot of joy infused in there, I hope. My studio is currently full of a washboard, Cajon, spoons and maracas with a harmonica and use strewn on the floor; I’m really excited to get started on rehearsals and hear the result for real. I’ll let you know how it goes in blog part 2!