MMD and MTN are delighted to announce that they have again been awarded status as a PRS Talent Development Partner. With the award funds they have launched a regional professional career and craft development programme taking place in Scotland and Manchester for emerging musical theatre writers. MMD and MTN are delighted to be partnering with the National Theatre of Scotland and supported by the Royal Exchange Manchester.

The BEAM Follow-Spot Programme is a year-long scheme designed to provide sustained developmental support for emerging musical theatre writers. The programme includes monthly writers Labs, facilitated by Dr Mary McCluskey (Scotland) and Max Emmerson (Manchester), masterclasses, industry discussions and sharings of work. The monthly labs provide invaluable peer-to-peer critique and a support network. In addition to the monthly Labs, four Masterclasses will take place at both locations which will be open to any artists, producers, directors in the area interested or involved in the development of new British musical theatre.

“The need for the Beam Follow-Spot Programme emerged following the BEAM 2018 pitching days, when MTN and MMD traveled across the UK seeing nearly 300 pitches for new work. Writers were pitching for a slot in our biennial industry showcase of new British musical theatre writing – BEAM. In both Scotland and Manchester we noticed that there was an incredible amount of talent but no real sustained developmental support for that talent. Writing a musical is really hard and takes a long time, it’s a complex craft with no clear career path. We want to provide a supportive developmental programme to help writers in those areas achieve their writing and career goals – with an aim to them being ready to pitch material for BEAM 2020 and beyond. We are grateful to the PRS Foundation for their support and our partners at The Royal Exchange, Manchester and the National Theatre of Scotland.” – Victoria Saxton (Executive Director, MMD) & James Hadley (Executive Director, MTN)

The Masterclasses and industry discussions are as follows: Andrew Panton, Artistic Director of Dundee Rep Theatre and a key supporter and developer of new Scottish musical theatre, leads a masterclass on new musical theatre writing, with a focus on the placement – and transition into – songs within a musical. In partnership with National Theatre of Scotland’s Engine Room. Is there a growing hub for new musical theatre in the area? A theatre industry panel of artists, producers and venue representatives active in North West England talk about current opportunities for new musicals to be staged in the region, leading into a discussion with attendees about hopes for future production opportunities. In partnership with Royal Exchange Theatre, Manchester. The healthy new musical theatre landscape developing in Scotland shows little need of London’s West End to achieve success. A theatre industry panel of artists, producers and venue representatives talk about current and future opportunities for new musicals to be staged in Scotland, leading into a discussion with attendees about hopes for future production opportunities. In partnership with National Theatre of Scotland’s Engine Room.

The writers currently in the programme are:

To find out more about BEAM visit: http://www.mercurymusicals.com/what-we-do/beam-2016/ Dr Mary McCluskey is a theatre director, dramaturg and playwright with over 30 years experience in developing new work and nurturing new talent. She recently stepped down after 27 years as Artistic Director of the Scottish Youth Theatre, Scotland’s national theatre for children and young people. Mary’s work has been seen in the USA, Russia, Norway, Canada, Kosova, Australia and all over the UK. Max Emmerson is a Creative Producer from Manchester with a passion for new musicals. Since graduating LIPA in 2015, Max has worked on a number of new musicals including the award winning Adam & Eve & Steve which debuted at the Hollywood Fringe and then performed at the Edinburgh Fringe Festival and the Kings Head Theatre in London. Max has previously worked as Assistant Producer for the Royal Exchange Theatre and Bill Kenwright Productions. Max is currently supporting several new British musicals which he hopes to develop over the next couple of years. 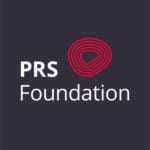 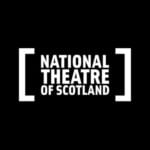 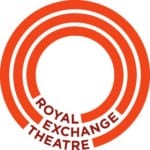