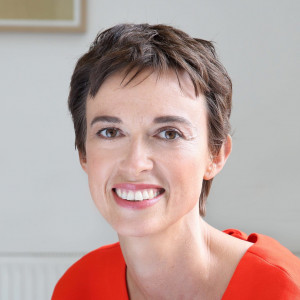 What were the circumstances behind you joining the MMD board? And how long have you been a board member?
I was initially inspired by the first year of BEAM and with a passion for new musicals wanted to see how I could use my skills to get involved with the team in a meaningful way. I joined two years ago.

How would you say your skills and experience compliment the other board members?
As a marketing expert I am commercially focused, although I trained as a dancer so am very artistic. This makes me unusual within the board and is also part of why I was invited to join. I can relate to the Writers on the board about the demands and struggles it entails and it reminds me of the struggle I went through when doing my dance training.

How has MMD changed since you joined the board?
I’m really enjoying the conversations we have about the increased engagement with members and the number of events we are now hosting. I’m yet to make an Open Mic night but that may be for the best in case I dash up on stage and rap out a few lyrics!

What was your most memorable theatrical experience as a child?
Performing on stage in the West End for the first time. I remember the backstage experience like it was yesterday but nothing of my performance!

Who are your heroes and why?
I take my personal inspiration from women in business who consistently work hard, take the rough with the smooth and don’t take no for an answer. Running two agencies means that I have my fair share of highs and lows and it was this that led me to persuade Sophie Cornish (co-founder of Not on the High Street) to join Boom. She is hugely inspiring and started from scratch with a young family. She is a reminder that it is all possible if you work hard enough and don’t give up.

When you were growing up what did you want to be?
A West End performer; there was nothing else I was prepared to even consider. I lived for singing and dancing.

What’s your favourite musical?
Wow, that’s hard. I’ve always loved the big dance numbers in 42nd Street, but it is the shows that I have shared with my Dad that leave a particular mark including the Producers and Anything Goes. Shows that we can learn the lyrics to and sing along with in the car! He’s struggling to learn the rhymes in Hamilton!!!

If you had a magic wand what would be the one thing you would change / improve in the (musical theatre) sector?
The Investment – everything is achieved on a shoe string budget and I wish the public as well as government had slightly deeper pockets for all areas of the musical theatre sector.

Why would you encourage writers to join MMD?
Because it can be isolating and uninspiring to create work on your own for long periods of time. MMD is the only organisation that can bring talent and determination together. Who knows what you might achieve by meeting and sharing ideas with new people?

Dawn Farrow, Founder and CEO of Boom
Dawn Farrow, Founder and CEO of Boom ENTS and Boom SPORT, is a performance marketing specialist for some of the best known entertainment brands and live events and experiences in the U.K. She founded Boom in 2012 to become the first female agency CEO servicing not just theatre but also outdoor events and festivals, family theatre, immersive entertainment, consumer exhibitions, venues, visitor attractions and celebrity social media. In 2018 she launched Boom SPORT to progress her passion for effective ways to sell tickets through smart campaign planning, and to capitalise on the growth of the live sports event market.
Dawn’s success has been recognised by a series of high profile organisations. In 2016 she was recognised in the Women in Marketing Awards as the runner up in ‘Best Leader in Marketing’ and in 2014 was shortlisted in the top 50 of Management Today’s ‘Top 35 Women in Business under 35’. The business was awarded ‘Best New Business’, in the Top 100 UK Start Up Awards in 2015 and was shortlisted in the top 6 ‘Best Small Agencies’ in the 2016 U.K. Agency Awards.
Before launching Boom, Dawn’s marketing career began at Clear Channel Entertainment, working on the European tours of Andrew Lloyd Webber’s Cats and Starlight Express. She then moved to media agency AKA where she formed a new division tasked with non-traditional theatre productions which led her to work on international tours with brands such as Warner Brothers’ Batman and the arena spectacular, Walking with Dinosaurs.
Boom’s success has driven audiences of millions to more than 170 live events as diverse as The Luna Cinema, Grand Designs Live, BBC Countryfile Live, Dinner at The Twits, Thunderbirds, Monty Python’s Spamalot, The Mousetrap, Disney’s Fantasia, an audience with John Travolta and the smash-hit immersive experience Alice’s Adventures Underground.