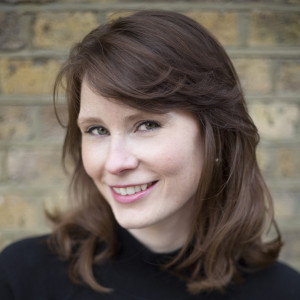 As Francis has said, it’s been an incredible year – and I just want to add how much I admire each and every single member of MMD. I am in awe of every single person who pitched for BEAM – sharing new work with your own collaborator can be nerve wracking enough, so pitching new work to an industry panel is ten times as terrifying. Some people were shaking with nerves but they still stood up and shared their stories. Likewise at our monthly Open Mic Nights, members share work with each other, often hearing their songs out loud for the first time. And members who share work for feedback, in a public forum such as tonight, you are courageous. You’re my heroes – and MMD is so proud to be your champion and advocate.

I always get asked what BEAM stands for – well it doesn’t stand for anything – it can mean what you want it to mean; a support – or as the tag line on the brochure states: BEAM is intended to shine a light on new British musical theatre. So – to shine a light on the year ahead for MMD – I’ve divide up this talk into sections beginning with B = E = A = M. An acrostic report if you like!

B is for the brilliant BEAM Follow-Spot Programme – funded by the PRS Foundation – is a year-long professional career development programme that we’re running with MTN in Scotland at the National Theatre of Scotland and in Manchester with the Royal Exchange. We’ve set up monthly writer labs in each location and will have two seminars and masterclasses in each location over the next year that are open to any and all artists/producers interested in developing new musicals. We’ve already had incredible events in both locations, including ‘Directing Scene into Song’ with Dundee Rep Artistic Director, Andrew Panton which was sold out, and the ‘Dramaturgy of Musical Theatre’ with Jeremy Sams in Manchester. In February we’ll be holding panels on the business of musical theatre, see our website for details. The idea behind this programme was to be a follow-on from BEAM, and to help those who pitched for BEAM, and those who want to pitch for BEAM in the future – as both MMD and MTN are dedicated to providing a year-round programme of activity for our membership across the UK.

We really want to support our regional members, and are working hard to forge partnerships with theatres across the UK – and we’ll revisit the idea of regional reps in 2019. So if you’d like to be a regional rep get in touch!

E is for the excellent news that we have again received funding from the Cameron Mackintosh Foundation for the next three years and, for the first time, one of these placements will be a writing team – i.e. a composer plus a bookwriter/lyricist! We want to find the perfect venue to host the team – and you’ll be the first to know when applications are open – but we’re aiming for mid 2019. Exciting! This will be a pilot scheme, if it’s successful hopefully more will follow. I want to ensure that MMD is giving bookwriters and lyricists the same opportunities that composers get. To that end in Feb we’ll hopefully also be piloting a Table Read Scheme for our bookwriter members. Details to follow…

A is for Ambition for Excellence – along with MTN, China Plate, Scottish Opera, Perfect Pitch and Improbable we are part of a three year Ambition for Excellence programme led by the Royal & Derngate theatre, funded by ACE, with the aim of creating and producing mid-scale touring musicals. Our role within the consortium will be an advisory one in many ways. We’ll be working on specific projects with China Plate and MTN to produce another Musical Theatre Dark Room Programme that is going to focus on diversifying the voices who create new musical theatre and will culminate in a week-long Lab for BAME and POC artists working with tutors from Tisch, NYU for a week – again, with the idea that these artists might then be in a position to pitch for BEAM 2020 in autumn of 2019.

As part of the three year programme, we’ll also be holding our next UK Musical Theatre Conference at the Royal & Derngate on March 15th 2019 – and the focus this year will be on developing and producing mid-scale touring musicals. Details on the activities of the whole consortium will follow shortly.

A also stands for the Stiles+Drewe Award.  The Best New Song will continue annually as normal – applications will open in the new year, with the final in June 2019 and the Mentorship Award will become a bi-annual event, alternating with BEAM. Our hope is that this will allow applicants to focus on BEAM – where ideas typically tend to be at an earlier stage of development – and then progress to preparing a first draft of their work to submit to the MTI Stiles+Drewe Mentorship Award. In the alternating years we’ll be holding a series of masterclasses with Stiles+Drewe designed to help you develop that first draft. Many thanks to MTI for their continued funding and George Stiles, Anthony Drewe and Lettie Graham for their unwavering support and dedication to the development of new work.

M is for Membership. You our dear members are the sole reason we exist. Our aim is to hold a members’ event every 4-6 weeks, in reality it’s often a lot more than that. Next year our monthly Open Mic Nights, which are free for our members will continue. We already have various masterclasses and seminars lined up for the next three months, including a masterclass with acclaimed lyricist Charles Hart on the 16th January. Events in Scotland and Manchester in February, as you’ve heard, events on Fundraising and we’ll be continuing our very successful ‘I’ve written a musical; now what?’ series with an event on Agents in early 2019 as well. Also, if you have an idea for a masterclass or if you have an area of expertise and would like to run a masterclass let us know! We had two brilliant masterclasses led by MMD members in 2018, Tim Connor on ‘Marketing Musicals’ and Jen Green on ‘Working with an Orchestrator’ – both of which you can listen to in the backstage members area. MMD members are a very talented lot!

We now have two Advanced Labs for our professional writer members run by Teresa Howard and Susannah Pearse respectively. Participation is by invitation, and the make up of each lab is reviewed yearly. Thank you to Teresa and Sue for brilliantly shepherding those two labs.

We are a membership organization and to make sure that we are best serving your needs in January 2019 we’ll be launching a Membership Survey and review so we can find out in what areas of the craft and the business of musical theatre writing you’d like more support, to make sure you’re making the most of your MMD membership, but really to ensure we’re doing our job. Our mission really is to help you achieve your specific writing goals and your specific career goals, and to help you write your best musical. So keep an eye on your inboxes – and keep talking to us. Keep inviting us to your workshops, to your productions, as we do a lot of behind the scenes advocating on your behalf, and where possible we’ll always try to make sure a member of the MMD team attends a sharing.

Finally, as you’ve heard, membership is thriving and the landscape of new British musical theatre is evolving as never before. There really has never been a more exciting time to be involved in new musical theatre writing – but that doesn’t mean the realities of being a working artist are easy. Far from it – it’s far too common that the only person in a rehearsal room not getting paid will be the writer – who is arguably the reason you’re all in the room! We do know that currently it’s near-impossible to make a living as a full time musical theatre writer but please know we’re advocating behind the scenes to try and create grants and funds to support you and enable you to create great art. Early next year we’ll hold a round table to discuss and debate ways to make a living as a writer. Do not give up. What you do is incredible. The world needs you, arguably now more than ever. And MMD is here for you – email us, pick up the phone, come and visit us at the Ambassadors Theatre as we want to go on this journey with you. We’re with you for the long-haul. Because writing a musical is hard, really hard – but I think everyone in this room agrees that when you do manage to find that perfect magical blend of words and music the effects are simply astonishing. So thank you – and here’s to a fabulous 2019.