Spotlight: Cordelia O’Driscoll – Across The Pond 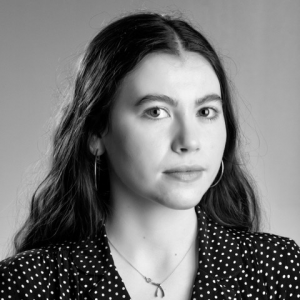 The New York subway is really warm. Myself, Tom and our team of University of Sheffield graduates found this out very quickly when we arrived in Manhattan for this July’s New York Musical Festival, truly fulfilling our role as ‘brits abroad’ as we sweated our way through packed platforms with too many bags. Walking down Broadway in the NYC humidity after leaving rainy Sheffield that same morning was always going to be quite a shock, but I don’t think any of us were quite prepared for the true incredible madness that the next two weeks held.

Our trip really began in February 2019 when we heard the incredible news that Buried had been selected for the world renowned New York Musical Festival, rewarding us with a short run of the show at The Alice Griffin Jewel Box Theatre, Off-Broadway.  We were astonished that Buried had made the final cut out of almost 200 entries, as we were competing with far more experienced applicants. When we realised we were the only UK show to be selected, we were completely overwhelmed by the prospect of actually performing our show in the world capital of musical theatre. For those new to the show, Buried is a romantic-comedy about Rose and Harry; two serial-killers who accidentally meet on a date. It’s an unconventional love story with a soulful folk score about friendship, road trips and life on the edge.  Oh… and murder. Lots of murder.

Buried began as a joke idea that we ended up turning into a full musical in our final semester of University in Sheffield in 2017, cast from fellow Sheffield students and produced for the Edinburgh Fringe that August. Buried had two sell-out years at the Fringe in 2017 and 2018, a run at the Pleasance Theatre and we won the Cameron Mackintosh Award at the National Student Drama Festival in 2018. However, the prospect of taking Buried Off-Broadway was something we hadn’t even begun to dream about. Then along came NYMF.

After a very stressful 5 months of frantic fundraising, we all found ourselves in a questionable Airbnb in Brooklyn, keeping the Edinburgh spirit alive with 9 of us happily crammed into a 3 bed flat. The Festival itself really was a dream. The opening night party was in Sony Hall, right opposite Hamilton at the Richard Rogers Theatre. We were rehearsing in professional studios just off Times Square, a marked contrast to our freezing cellar in Sheffield. We worked with insanely talented professionals from producers and designers to musicians and stage managers in one of the most beautifully designed theatres we’d ever been in. We got an amazing response from audiences, many of whom returned to see the show more than once.  And we got to live and work in New York for almost three weeks which was extraordinary. The NYMF experience pushed Buried to be the best it has ever been, and allowed a really special opportunity to not only perform Off-Broadway, but to do it with our best mates, which was the most incredible privilege.

To top it all off we won 7 awards at the festival, including Best Music, Best Book, and our cast of untrained University of Sheffield graduates won Best Ensemble, eclipsing talented casts of seasoned Broadway pros. A future for Buried in NYC is looking promising, and hopefully we haven’t seen the last of it here in the UK, so a huge thanks must go out to NYMF and all the donors who made the trip possible. We were by far the youngest and least experienced team in the festival, but we came out of it as one of the success stories of that year. All in all, this is a lesson in what scientists and scholars call ‘fake it til you make it’, and against all odds, I think we did.

You can listen to the live album of Buried on Spotify, Amazon and Apple Music, and if you’re interested follow Tom and Cordelia on twitter to stay up to date with the future of Buried at @willodriscmt, or Cordelia at @cordeliaodisco