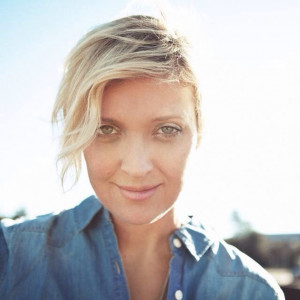 “Yours was the worst” – A Day with Claude-Michel Schönberg

Luckily for me, MMD’s June 4th Masterclass with Claude-Michel Schönberg wasn’t my first rodeo. My first CMS day was in late 2018. I had been prepped by my MT friends to have an answer for everything so I analysed my work, almost as though it had been written by someone else (mistake!) and had an answer for the purpose of every note and word (mistake!). The amazing Jack Reitman finished singing my songs as Claude-Michel sat with an unsettling silence for what felt like hours before he asked, “who are you?”. To which I had no answer.  He asked me to play one of my pop songs so I grabbed a guitar, sung my song and the room of writers and singers erupted in applause. Claude-Michel sat with an unsettling silence again before stating, “that does not help me at all.” His point being, I needed to dig deeper. Have more faith that what I had to say was important and it was my unique voice that I needed to find and share, not just replicating what I thought people wanted to hear.

So on June 4th 2019 as the second masterclass kicked off, and as we were all told by Claude-Michel that most of us were incapable of providing a decent synopsis – he kept it up his sleeve until my time at 5pm that mine was in fact “the worst”. Emily Rose Simons got the day rolling with a gorgeous tale of a woman’s struggle to find a place for herself in the world beyond her bedroom, followed by Bella Barlow and AC Smith’s Sondheim-esque reinvention of a classic set in seedy Soho. After a short break, the effervescent Jack Miles took the stage with a piece looking at the choices of a homeless man against the backdrop of solace sought within a church, a piece I personally found to be extremely moving. Rachel Bellman and Elizabeth Sybil Charlesworth were up next with their topical, based on fact, behind the scenes look at Charles Dickens and the women in his world. After a short lunch break and we returned for MMD’s talk with Sir Cameron Mackintosh and Claude-Michel guided by Edward Seckerson. An insight into the early days as Les Mis was just music on a record, when a musical about Cats seemed crazy and Miss Saigon was but a glimmer in Claude-Michel’s eye.

After the talk it was back to business. Mr Mackintosh fled the building, presumably in fear of the fact he was in a room filled with writers rather keen to pitch their ideas to him, and it was Sara-Louise Young and Michael Roulston’s turn to show us their macabre tale of murder in the theatre. Now I know we’re not meant to have favourites, but the next composer up absolutely rocked my world with his 1980’s true tale of a man and his 42 Balloons. It was exciting, energetic and well… set in the 80s, so how could it not be rad?! Thank you, Jack Godfrey. Thank you

After a full day of workshopping everyone, I was a bit tired and ready to go home. Luckily for me it was now my turn.  This time though it was a whole new ball game. I had dug deep. I had thought about ‘who I was’ and after an amazing performance by the sensational Ewan Gillies of my piece, Sunshine. This time, after hearing around 5 minutes of material, Claude-Michel asked to hear the entire piece (don’t worry it’s only 30 mins all up!) and we engaged in an extremely constructive conversation. I hadn’t analysed my piece in order to answer his questions, rather I knew my piece inside out from the depths of my heart and soul.

These MMD Masterclass days with Claude-Michel Schönberg are priceless. Not only do they put me in the room with the likes of people such as Jack Godfrey (sorry, still gushing) and other amazing MMD writers, but the direct, honest feedback Claude-Michel provides is extremely helpful and even more to the point, very difficult to come by. So thank you MMD and thank you Claude-Michel. May you continue to push and inspire me to be the very best composer I can be, and fingers crossed one of these day I may even get my synopsis on point!