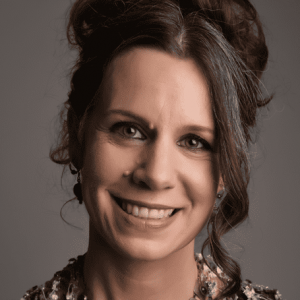 What drew you to apply for the role of Executive Director at MMD?

The combination of music, writing, choreography, design and storytelling can be the most thrilling thing to work on and to experience as an audience member; my happiest times have been directing musical theatre. I was at both of the BEAM Showcases and have been interested and delighted to see how many of the pitches have evolved into shows; there are certainly more diverse voices joining the vast talent of writers and composers in this country and I’m excited to be part of the growing community of new musical theatre writing. I wasn’t sure at first if my experience would match the needs of MMD, but as conversations progressed, I realised that I fit well with the organisation and it now feels a natural step for me. My first professional job was assistant director on a large production of West Side Story; I became the UK tour director for the show and on the first night three of the four leads were off and we hadn’t had time for understudy rehearsals – there’s nothing like learning fast, on the job. I survived, assisted on a few more musicals and then directed the first ever production of Les Miserables that didn’t have to emulate the original direction, which turned out to be a fabulous experience in Bermuda in 1998. Although my career has then travelled through theatre for young people, opera, physical theatre and masks, a common thread has been creating new scripts and adaptations and always working with composers, writers and dramaturgs. MMD feels like a continuation of my collaborative work with writers and a coming home to my first love of musical theatre.

How will you use your skills and experience in your new role?


I’m naturally collaborative in the way I work and particularly love the challenge of large creative teams which need nurturing and supporting – I find the different dynamics between writers and composers fascinating, as both are skills I admire and understand, but could never do myself. My skills are in facilitating and directing. I enjoy the challenge of fundraising for projects and causes I believe in; it is extremely rewarding when bids are successful. Having developed an international mask making & training business and an arts building at Trestle, I’m interested in the commercial aspects of creative work and will be looking at mixed income streams to help support MMD and the members.

What are your hopes for the organisation?

Victoria and the team have done such fantastic work over the past years and I am keen to understand and evolve everything that works about MMD; I will listen to members, partners and stakeholders and bring my knowledge of other organisations to support the development and growth of the organisation, alongside MTN, of course. I’ll be talking with the MMD board and team about how we might develop the educational elements of the organisation with hopes such as offering brilliant new musicals to schools and linking higher education courses with new writing.

What are you most excited about for BEAM2020?

I’m so looking forward to the pitching days. I was involved in a couple of pitches for the last BEAM and know how nerve wracking it is to bring a new idea to a panel; this time I will be on a number of the panels, willing every person pitching to feel welcome and able to give their idea the best possible chance. Then I’m hoping we will gather an eclectic, dynamic and diverse range of people together to celebrate BEAM in Northampton – I’m excited that it’s going to be outside of London as that will surely bring a different energy and perspective to the occasion.

What was your most memorable theatrical experience as a child?

Seeing Ertha Kitt singing “I’m Still Here” in the 1980s London production of Sondheim’s Follies is a highlight of my life. It was extraordinary. At that point, I had no idea she was an activist and civil rights fighter- her interpretation of the song captured the stamina and resilience of her life and struggles and I felt as though I completely understood what she was singing about. Her performance had the quality of being both perfectly personal and thoroughly universal; I was so lucky to have experienced this and remember it as a close up, as I felt she was singing just for me.

Who are your heroes/heroines and why?

Ali Smith, the writer, is a heroine of mine. Every book she writes is a new challenge and experience. I love her ceaseless innovation with syntax and structure and adore her skill in being profoundly poetic, politically incisive and hilarious witty. She and I were studying at Cambridge University at the same time and we were in the first ever all female Footlights team. Ali wrote most of the material and I got to perform it. We laughed so much and I seem to recall audiences finding us funny too.

At the moment I’m directing a contemporary adaptation of Frankenstein with the National Youth Theatre, along with MMD members Carl Miller (writer) and Christopher Ash (composer). It’s not a musical, although it does have a song and some stunning vocal accompaniment, but we have approached it as if it were, because it is such a complex piece, with 16 performers and multiple shifts of time and space. I have been struck by the absolute brilliance of Mary Shelley, who wrote Frankenstein as a teenager and, as the first science fiction writer, dreamed up possibilities that feel completely relevant to the modern world; as we debate the place of AI in our lives, the uses of our data and a potentially post human future we pay homage to Mary Shelley’s visionary genius. Our contemporary Frankenstein will be at Southwark Playhouse in October-November and we are working a virtual reality sequence into the show, so do come along if you can and tell me what you make of it!

When did you fall in love with musical theatre?

I remember, as a child, seeing 42nd Street in the West End. As the curtain rose the perfectly synchronised tap dancing feet were perhaps the most thrilling thing I had experienced. One of the performers had been at the dancing school I went to and I asked her to teach me the opening tap routine – I got it and can still tap out the opening 8 bars.

I grew up without a TV in the house and from a very young age was seeing and making shows. Most of my family are musicians and all through my childhood we would create an annual family Christmas show with an original opening number (a chorus kicking line, with 3 generations in it), followed by well-known music hall songs, musical theatre song and dance numbers and instrumental pieces. I thought this was what everyone did on Boxing Day.

What is your favourite musical?

I have many favourites, but perhaps the most significant is Follies, because it completely changed my perception of musicals. I had never heard of Stephen Sondheim in 1987 when my mum tentatively booked tickets for Follies and warned me that we were going to a musical that was reportedly a bit different and I might not like it because it only burst into colour in the second half. I was completely blown away by the power of the storytelling and the meaning in the songs and it gave me a healthy cynicism about adult relationships! I have enjoyed productions of Follies in every decade of my life since this first encounter and gave birth to my son singing/screeching the final bars of the London sound track (although I didn’t end up calling him Ben, or Sally).

If you had a magic wand what would be the one thing you would change / improve in the (musical theatre) sector?

Well, shouldn’t every writer, lyricist and composer be properly paid and credited for their musical theatre work? I completely understand that writers want their work to be showcased and I have been part of teams where we have agreed to compromise fees in order to get the show on. All too often the “payment” is the opportunity, the exposure and what writers and composers will learn about their piece; this practice makes new musical theatre writing elitist and unfair. I want to work in a sector where producers are enabled to discuss and offer up fees for writing, rewriting, orchestration, attendance at rehearsal and credits at the same time as having lovely creative conversations about the work, its potential and the craft involved. I want to work in a sector where writers feel empowered to refuse work that will not remunerate and credit them appropriately. Sadly we don’t have a magic wand, so this will have to happen through collective confidence, discussion and action.

Why would you encourage writers to join MMD?

Being collaborative and part of a community leads to stronger relationships, better art and greater wellbeing. To make any change there needs to be debate and energy; individuals can make a difference, but when those individuals surround themselves with others who understand their dilemma or their drive, the journey to achieving change becomes possible. I hope writers who might be thinking about joining will see examples of the opportunities to share, develop and promote their writing and will want to be part of the momentum of MMD and all the work that goes into giving writers chances, advice, space, inspiration, connection. From what I have learnt so far about MMD it is a generous organisation and that’s important, particularly for musical writers whose craft is often insular, incredibly hard and can’t be brought to life without other collaborators. Together we can support writers to create their best possible musicals.