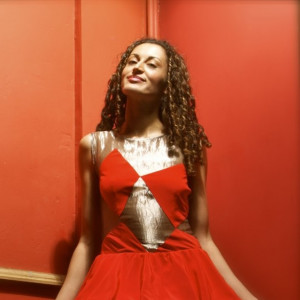 I joined in 2018, when My Marcello was selected for BEAM that same year! My longstanding collaborator/lyricist/book-writer (and awesome twin sister, Dina) was responsible, as she was forever sending me links to MMD competitions and opportunities.

I’ve always been (mildly) obsessed by the art of telling stories with music. In 1994 Dina and I entered and won a competition run by ENO for our rock-opera Melissa’s Maelstrom. This unleashed a ravenous hunger for experimenting with how music could at any moment be the thrust of the drama; move the narrative forward; provide context; underscore; subvert expectation. There seemed to be limitless potential to serve the story. This lead to the pursuit of a medium that would allow me to push boundaries and pull and tweak at its edges. When we won the Vivian Ellis Prize in 1997, it felt like we had stumbled upon the ideal form. So it was never a conscious decision of mine to write MT, but now I have discovered it, I am keen to dig deeper.

Some super-lovely projects have kept me out of mischief this summer… I’m one of the ten composers commissioned by The Canales Project and University of Wolverhampton for the #HearHerSong initiative which celebrates the lives and achievements of inspirational women (selected by the UN Decade of Women) through song. HHS has introduced me to some brilliant women (including Gwyneth Herbert who I have since collaborated with and guested at her epic 606 show) and will also see me performing my contribution “Grateful” at Joe’s Pub in NYC this autumn! I’ve also just completed orchestral and choral arrangements for an exquisitely talented Faroese artist (Heidrik) whose album brief was to find that sweet spot where “Bernhard Hermann meets Goldfrapp”. I am currently learning 20+ sufi and Indian Classical songs for an Indian classical/jazz artist’s concert at Pizza Express Pheasantry next week, and most importantly for MMD members, I am preparing for my OWN show at Zédel’s on Tuesday October 29th!  The last time I performed there, it was hugely gratifying to look out into a room full of friends and practitioners of Musical Theatre, Pop, Jazz , Opera, Theatre, TV/Film.…and my LCM students! It was a gorgeous melting-pot of creative people and the various musical worlds I have been fortunate to have worked in.

Oh…I wish I had. When I’m lucky, inspiration grabs me by the short and curlies. When I’m working on a commission, the deadline puts the fear of God into me and I find inspiration comes – if it doesn’t I force an idea. In truth, I’ve learned that what works for me is to read the brief/story, then go out for a run/turn my conscious mind to something else that can then allow those little idea-bears to get to work without me for a bit. Then I come home, drink tea (or Gin) and let it pour out. There is some truth in the idea that creativity needs to be exercised like a muscle. I try to write/improvise something every day. Kind of like aiming to be the squeezy bottle of ketchup versus the glass jar.

I always start with the story. I read the story and try to quickly catch my musical first-impressions either singing into my iPhone or playing on the piano (just right hand melody sketches so I don’t fall into comfortable hand shapes or harmony ‘habits’). A bit like spotting a film – I try to catch my instinctive reactions. Then I ask the writer (if it isn’t me) what is the core / the truth centre of the tale. That ultimate nugget of truth is what will be musically contained in the score. Instrumentation / arrangement / structure all come in service of that core idea. Recently I was blown away by the brilliance of Chernobyl and the score (Hildu Gu∂nadottir) seemed to capture the essence of the story; the paranoia, greed, fear and human cost. That it was so outrageously original and incorporated sounds from an actual nuclear power plant, simply adds to this feeling of its integrity and urgency. Weirdly, I think sometimes – when the balance is just right – a new art form can be uncovered.

The politics. The creative stuff is always challenging but it feeds the soul and gives meaning to life. The politics of getting a show up and running; of finding investors; of 129823742 page-long applications for funding. Then just getting up and getting on with it, after weeks of disappointments and endless rejections….yucky. Finding champions (Victoria Saxton – I’m looking at you!) and allies (MMD / HHS ) and like-minded folk (fellow writers) keeps you moving.

Can I say…Gin? I dance or run or read, and go to the Tate Modern or walk along the Southbank. I invest in being with people I love. It’s all connected – finding the joy in the art of others often is all the boost I need to want to be part what brings meaning and joy. I recently saw  Death Of A Salesman at The Young Vic. I was having a mental block month, it seemed.. After the show I was like Beyoncé….music was everywhere – literally blowing in the breeze…

I would offer up: studying other genres – immersing oneself in other art forms. Soak it all up and let it inform your next creation. What emerges might be rubbish to begin with, but I don’t think you can add something new to an art form unless you have explored outside of it.

Many more original musicals / music-driven works would have investment (from the ground up).

What are you listening to on your iPod at the moment?

The 20+ pieces I should be learning at this very moment… As well as Terence Blanchard (BlacKkKlansman score), Eminem (Venom – which I intend to get my students to transcribe) and to Dina’s heart-melting new children’s story (she’s working on a commission for Audible and I just narrated it and added some music in the hope they’ll take me on as well….)

It is a new and wondrous thing to be part of a community of like-minded people who genuinely want to help one another progress. This is rare in an industry that can leave one feeling isolated.