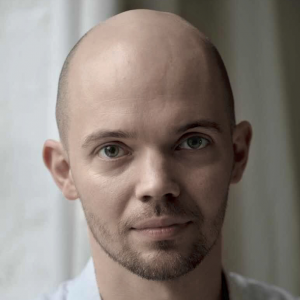 I recently had the great privilege to become the regional rep for Yorkshire and Humberside for Mercury Musical Developments. This got me thinking…. What does it mean to be a ‘regional artist?’

Well, first off… why are there “artists” and also “regional artists”? Why, if we do not live in London, do we require a special prefix that distinguishes us and marks us out as different? Implicit within that distinction is there some sort of hierarchy? And is that necessarily a bad thing?

So, I’m a Yorkshireman. Now, those of us from God’s Own County do have something of a reputation for having a chip on us shoulders. Me?…. I’ve got a whole fish supper on me deltoids – wi’ scraps (And if you don’t know what scraps are, get yoursen down’t chippy of a sat’day nite. You’ve not lived!) As Yorkshire folk we do have a bit of a love/hate relationship with London. We love to hate it. It’s in our DNA. Bred into us, like pit pony thighs and vowels as flat as Madonna on Eurovision. But I actually have a confession to make… I adore London.

There. I’ve said it. Just don’t tell me Dad – he’s still never forgiven me for that time when I came back ‘ome and pronounced the “h”. I love London because of the possibilities it has opened up for me. Not just in terms of my career but also in terms of my life.  Twenty five years ago I met a very handsome young lad in a nightclub. He was clever, sexy, silly, a great dancer and an even better kisser. He was also a Londoner. We started dating and after a few months I was introduced to his family – A glorious tribe of north London Jews that were utterly unlike my folks back in Sheffield. They possessed a confidence that I had never before encountered and it blew my mind. It also changed the course of my life. They made me believe anything was possible.  I had talent so therefore I could become an artist and I could make a living from that.

Such a thought had genuinely never occurred to me before, but they made it all seem so simple. Now let’s be clear, my own parents have always been wonderfully supportive. They took me to dance and music lessons every night as a kid and I owe everything I have ever achieved to them. But the one thing they couldn’t provide me with was the confidence I needed to believe that I could be a professional artist. It was just not within their gift.
Mum and Dad were both working class kids from pit villages in Doncaster. They went to grammar school and did well for themselves but they never could shake off that sense of being imposters in a middle-class world. Unfortunately, I inherited that from them (alongside calves as vast as Boris Johnson’s ego and a centre parting as gaping as his lack of integrity). It was only when I came to London that this sense of inadequacy changed. In London ambition was allowed – encouraged even. It wasn’t seen as arrogant or ‘having ideas above your station’.

So yes, I am wholeheartedly grateful to London for giving me that confidence and providing that opportunity. But I am also a little bit resentful. How come I had to come to London to find those things? Why couldn’t I find them in my hometown as a northern, working class lad? This brings me back to the topic of what it means to be a “regional artist”.  I guess I am what you might call “mid-career”. I’m at that point where I’m reflecting a lot on what I want to achieve from the next twenty years of work. How do I balance my desire for commercial success with my desire for critical approbation? And how important are either of these when considered against my desire for artistic, personal and politic integrity? The conclusion that I’ve come to is that the only thing that matters to me as an artist right now is that I make work that couldn’t possibly be made by anyone else.

Let me tell you a story…. Back in 2011 I wrote and produced a 90 minute version of an original musical called ‘Miss Nightingale’ at the Lowry Studio and the King’s Head Theatre. A very well respected reviewer came and gave it a nice 4 star review.  Two years later I produced the full 2 hour version and took it on a UK tour for 13 weeks. This same reviewer came to see it. At the end he took me on one side and told me how he preferred the previous, heavily-cut 90 minute version. He told me how talented I was and how I could be “just as good as Sondheim” if only I concentrated on writing the complex contrapuntal stuff and stopped writing those “dreadful, common, vulgar songs”.  We talked at length. Well… he talked at me… at length. I listened and smiled. I wish I had interrupted him to say that I didn’t want to write like Sondheim and instead I was trying to discover my own voice. I wish I had pointed out that Sondheim is a semi-closeted, upper-middle class American whereas I am a proudly queer, working-class northerner. I wish I had told him it wasn’t a critic’s job to tell an artist to write in the style of another artist just to get industry approval.  But I didn’t say any of that. I did what every northern working class lad does when he encounters entitled privilege. I “doffed my cap”. I kept my mouth as shut as the pits that my grandparents had once worked in.

He gave that second production 3 stars. A few years later (after 3 more UK tours) he reviewed the show again, and after realising that I still hadn’t implemented his words of wisdom he gave the show a damning 2 star review. Why am I telling you this? Because this was the moment that I realised that chasing critical approbation and commercial success was never going to make me happy. I had to follow my heart and stay true to my integrity. The experience with this reviewer was not an isolated one. One of the most fascinating things about doing 5 UK tours and three London runs of Miss Nightingale was observing how differently the show was received across the country.  In most of the UK, and particularly in the North, the audience understood the show to be an ensemble piece with three main characters, but when we brought the show to the capital the focus of the story shifted onto the character of the upper class London gent. The Jewish immigrant and the Northern working-class lass were relegated to narrative devices in his story, despite the fact that the title character is called ‘Miss Nightingale’. This was true even if reviewers and audience members loved the show.

I totally understand that audiences will always identify and empathise with the characters that they most readily recognise or which they feel the most connection with, but the difference of reception in London was so marked to the rest of the country that it truly surprised me. London reviewers assumed that Sir Frank’s views were my views, whereas in actual fact he was the character that I had the least in common with. I even had one reviewer commend me on how well I had picked up the northern dialect for the title role of Miss Nightingale. It clearly never occurred to him that this might just be how I speak!

Please don’t misunderstand what I am saying. I am not criticising London audiences or reviewers in any way. I am just fascinated by the incredible difference of response that I experienced across the country and I’m intrigued as to what that means for me as an artist going forward in the future. How does it affect the stories I chose to tell? How does it affect the way I tell these stories? And how does it affect how I judge my success?
All these experiences have led me to wholeheartedly embrace the term “regional artist”. I want to tell stories that only I can tell. I want to nurture within myself an aesthetic that feels entirely unique and culturally specific.

But most importantly I want other young kids in my region to look at what I’m doing and to think “I could do that”. I don’t want them to have to go to London to find that confidence as I had to. So, if you are an artist working in musical theatre in Yorkshire and Humberside, or indeed anywhere else, do get in touch. Together as a community we can help give individuals the confidence to truly find their own unique voice.