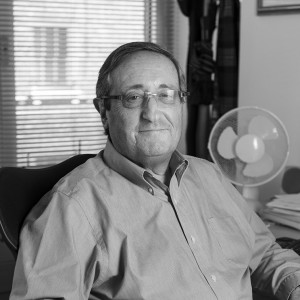 John Cohen is a partner, and Chair of Clintons, an award-winning boutique law firm, based in Covent Garden. It is a market leader in the entertainment, digital media and creative industries and John is recognised as a leading practitioner in the field. Now technically an ex-board member, we were honoured to have John serve on the MMD board for nearly 25 years! As he departed, we had him share some words of wisdom and some of his experiences from his time with us. Thank you John for your time, your expertise and your support over the years!

What were the circumstances behind you joining the MMD board?

BB Cooper, who was a Board Member at the time, told me about MMD and asked if I would be interested in joining. Having looked into it, I was invited to join.

And how long have you been a board member?

How would you say your skills and experience compliment the other board members?

I am the only theatre lawyer on the Board, so I bring a dimension that no one else has directly.

How has MMD changed since you joined the board?

MMD has become a much better financed and wider-ranging organisation since I joined the Board.  This started when Neil Marcus was the Executive Director. His skills in raising money and ultimately in obtaining an Arts Council grant, enabled us to carry out many more activities.  This was continued by Victoria Saxton and hopefully will be taken to even greater heights by the new Executive Director, Emily Gray.

In particular BEAM has enhanced the scope of MMD enormously.  Further, the two Stiles & Drewe Awards – the one for Best Song in conjunction with The Sondheim Society and their mentorship award, have brought extra dimensions as well.

What are your hopes for the organisation?

That it will continue to flourish, that it will be able to do more workshops of individual works up to a high level to give them the best chance of being seen by commercial producers and that it will enable British writers to remain a big force in musical theatre

What was your most memorable theatrical experience as a child?

Playing the young King in “The King & I” at The Lyceum Theatre, Sheffield, when I was 12 years old

Who are your heroes and why?

Stephen Sondheim – Why?  Because he is the best!  William Finn for his wonderful quirky plots and songs, Tim Rice for his brilliant lyrics and Stiles & Drewe for their witty and beautiful songs

When you were growing up what did you want to be?

It depends what day it is – I’m not going to give you one, but the shortlist has to be West Side Story, Oliver!, Merrily We Roll Along, Evita and for their wonderful songs, Chess and Soho Cinders.

If you had a magic wand what would be the one thing you would change / improve in the (musical theatre) sector?

Why would you encourage writers to join MMD?

For all the benefits it gives them, both in education, workshops, mentoring and being among their peers