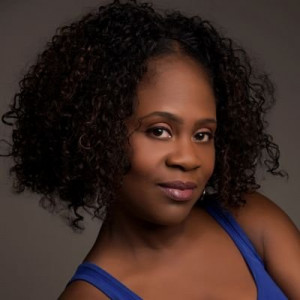 Rachel joined MMD as a Member in 2018 and is currently proactively questioning and addressing the cultural diversity of MMD and its members, partners and audiences. We asked Rachel to tell us her story of coming into the new musical theatre sector and how she wants to see it change.

I suppose my journey with writing began when my I used to write songs with my ex-husband who was a keyboard player/music producer. I was living in my friend’s front room in her flat with three toddlers whilst waiting for my own flat. I think the first song that I can remember writing was called “I’ve Got Blues” which I sang and recorded. (I believe that I still have a copy on tape but I’m too afraid play it as it might fall apart). I then began writing songs about love, of course, and things that I was passionate about, usually infused with samples, jazzy rhythms and hip-hop beats.

My songwriting journey continued years later and I was part of what, at the time, would have been called a radical-styled girl vocal group, where we wrote and sang about things that were happening in the black community. We also sang proudly about our black history. Not that radical really, but just being able to say the words ‘black’ without people getting their backs up was a big deal back in the 90’s.

Anyway, that group fizzled out over time and in the mid 2000’s my interest began leaning towards animation and film. I wrote a concept outline for an animation piece and was awarded a BBC/Skillset Open Door Award to develop the idea. Well, if anyone knows anything about animation, you would know that £1,500 will not get you very far, but you’ve got to have a dream right? I did get to spend a few days at Aardman in Bristol with the producing team to find out how to develop concept and stories into films, which was useful. After completing the programme I also managed to spend a week with the Producing Team at CBeebies, observing the development process for children’s TV and radio. I have to say doing sound effects and voiceovers for radio was so much fun. It was all going well and it felt like things were moving. Then, suddenly nothing……….. everything just seemed to dry up. So, I put my writing down for a while and got on with life.

In October 2016, I was to deliver my youth theatre adaption of Malcolm X as part of Wembley Park’s Black History Month season. The play was delivered by young actors aged 9-19 years and incorporated popular uplifting songs such as ‘Change is gonna come’ by Sam Cooke. The event was amazing and the young people left on a high, feeling even more proud to be black.

Anyway, the following month (if my memory serves me right) I received a phone call from my friend Sheryl who was asked me if I wanted to go to the theatre. “There’s this play on called ‘In The Heights’ at King’s Cross Theatre that I want to go and see. Do you want to come?” she said. I listened intently as she gave a brief summary of what the play was about. “It’s about a family from Dominican Republic living in New York,” she said. Caribbean people – I thought, well I’m definitely up for that. So, I agreed to go and the rest is now history I suppose. Seeing that musical written by Lin Manuel Miranda inspired me to sing again. The following year I decided re-join a singing class part time and to pursue a 1 year Music Theatre Diploma at Associated Studios.

As a mature Music Theatre student it was certainly challenging. For the first time since my school days I was faced with the issues of being boxed in because of my colour or what they call casting type. So, this not say that casting type isn’t useful, but it can be a bit heartbreaking when you are discouraged from singing a song because of the colour of your skin. And it’s so subtle that people don’t even notice when it happens. During my course I began to realise that I didn’t want to be put into anyone’s box and that I wanted to be at the creative helm and not in the bowels of the ship.  After receiving my Diploma in the Summer of 2017, I began exploring what this future might look like. In 2018, I became a member of Mercury Musical Developments and discovered BML (Book, Music & Lyrics) in 2019, which I joined to understand the craft of MT writing.

This is where my musical ideas for ‘Royals and Rebels’ began to take form. It’s a play about a captured African Princess and Irish Freedom Fighter who bring about a slave revolt in the Caribbean. This is inspired by the true history of chattel slavery and indentured servitude in the Caribbean during 17th Century. On reflection it seems that I have completed a cycle which has brought me right back to writing something a little radical, as it challenges in particular the perceptions that only black people were taken into servitude for work on plantations – I didn’t know about the indentured Irish slaves. I am also developing a concept for a new reggae/bhangra musical titled ‘On Broadway’.

I have a real passion for diverse culture and stories and would love to see music theatre more reflective of this in terms of its music and stories. This desire led me to curating a successful webinar in partnership with MMD and MTN on Cultural Diversity last month. The session was chaired by Felix Cross MBE and we were joined by Benjamin Kwesi Burrell, Allyson Devenish, Julie Clare and Sumerah Srivastav. The current issues also around the Black Lives Matter movement make this piece of work timely. The next steps for this work include a podcast to showcase diverse talent off and on the stage early next year. If you know of any diverse creatives that could be included, or if you are interested in contributing to this work please feel free to make contact.