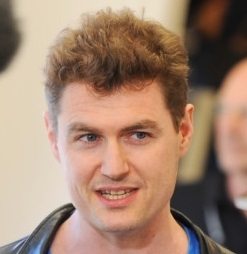 Adam is an award-winning composer, lyricist and sound designer for film, television and theatre.

He is composer and co-lyricist (with Alecky Blythe) of the documentary opera/musical London Road which had an extended run at the National Theatre (Cottesloe) and then transferred for a 2012 run in the Olivier auditorium.  A film version of the show, directed by Rufus Norris and starring Tom Hardy, Olivia Colman and Janet Henfrey, was released to critical acclaim in 2015.

Adam received a Tony Award in 2010 for his music and sound score for Red (Donmar/Broadway) and an Olivier Award in 2011 for King Lear (Donmar).  Adam was also nominated in 2010 for the Tony Award for Best Score (Music & Lyrics) for Enron (Broadway/West End).

Adam is an Associate Artist of the RSC.