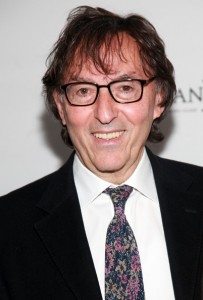 Don Black started out as a standup comedian and blames himself entirely for the death of Variety. He made his West End debut as a theatre lyricist with composer John Barry on the musical Billy, starring Michael Crawford at the Theatre Royal, Drury Lane, London. Don received two Broadway Tony Awards for best book and lyrics of a musical for his work on Sunset Boulevard. This marked his third theatrical collaboration with Andrew Lloyd Webber. They first joined forces to write the song cycle Tell Me On A Sunday, which was developed to form the basis of the stage show Song and Dance. They were reunited for Aspects of Love. Don has also added songs to Andrew’s stage shows Starlight Express and Whistle Down The Wind. He also wrote lyrics for the Andrew Lloyd Webber produced musical Bombay Dreams. In a career that has won him many glittering prizes (an Oscar for his song Born Free, five Academy Award noninations, two Tony Awards plus three Tony nominations, Five Ivor Novello Awards, a Golden Globe and many platinum, gold and silver discs) he has worked with some of the world’s leading composers: Jule Styne, Henry Mancini, Quincy Jones, Elmer Bernstein, Marvin Hamlisch, Charles Aznavour, etc. Don has written over a hundred songs for motion picture including The Italian Job, The Pink Panther Strikes Again, True Grit, Dances With Wolves, Out of Africa and a quintet of James Bond theme songs – Thunderball, Diamonds Are Forever, The Man With The Golden Gun, Surrender from Tomorrow Never Dies and The World is Not Enough. Among his many popular songs are Michael Jackson’s Ben and Lulu’s To Sir With Love, both U.S. number one hits. He is currently working on a musical to be produced in Shanghai and is also re-working the musical of Bar Mitzvah Boy, a musical he wrote with Jule Styne. He has just completed a musical version of The Count of Monte Cristo with French composer Michel Legrand which is scheduled to open in London later this year. Don was awarded an OBE in the Queens Birthday Honours list and has just been awarded the Honorary Degree of Doctor of Arts by the City of London University. However, he says it is being inducted into the Songwriters Hall of Fame that has outshone any previous accolade.