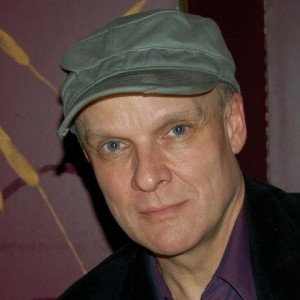 Francis was Artistic Director of the Greenwich Theatre from 1990 to 1998. His work there included his own adaptations of Tale Of Two Cities, David Copperfield, The Prisoner of Zenda, Northanger Abbey and Huckleberry Finn, (all of which have been published) as well as productions of Cyrano de Bergerac (with Edward Petherbridge), The Government Inspector (with Timothy Spall), The Corn Is Green (with Patricia Routledge), Side By Side By Sondheim (with Dawn French), Caesar and Cleopatra (with Alec McCowan) and many others. He directed Rosenkrantz and Guildenstern Are Dead for the National Theatre, and his work in opera includes Fidelio for Opera Northern Ireland. He has directed for The National Youth Theatre, at the University of South Florida (workshops of the Stiles/Raby musical Three Musketeers in 1999, his own adaptation of The Old Curiosity Shop in 2000, and The Comedy of Errors in 2002) He has worked extensively in repertory theatres across the UK. He was Associate Director at the Chichester Festival Theatre – where his work included The Relapse, The Tempest, Twelfth Night and Pinero’s The Schoolmistress. He directed Noel and Gertie (1999) and Shaw’s Candida (2000) for Alan Ayckbourn at Scarborough. In 2001 he directed Dawn French as Bottom in a West End production of A Midsummer Night’s Dream, and in 2003 Michael Richards (Kramer from Seinfeld) starred in his London revival of Arsenic and Old Lace at the Strand Theatre. His credits as television producer include Office Gossip and Gimme Gimme Gimme (the UK inspiration for Will & Grace) – for which he has been nominated for both a BAFTA award and the Golden Rose of Montreux. After working on the second series of the successful comedy My Dad’s The Prime Minister, Francis produced the third series of the BBC’s most successful drama New Tricks. He produced both series of ITV’s Ladies of Letters with Anne Reid and Maureen Lipman, and most recently the 5th series of Benidorm. Francis collaborated on a music theatre adaptation of the movie It’s A Wonderful Life with Steve Brown, which enjoyed great success at The Wolsey Theatre Ipswich. He directed his own adaptations of Rose Tremain’s novel Restoration at the Salisbury Playhouse, and Carl Hiaasen’s Lucky You at the Edinburgh Festival. Francis directed the London premiere of the Stiles/Leigh/Raby Three Musketeers at The Rose Theatre, Kingston. Francis began his career as an actor – when, between theatre and TV appearances, he spent three happy months as front man for the Swedish pop group ABBA.