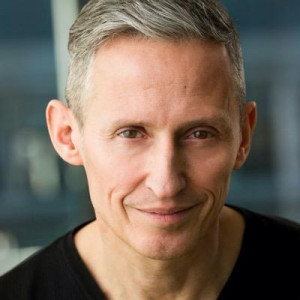 Independently as a composer, George’s credits include the musicals Moll Flanders, The Three Musketeers, Tom Jones and the scores for Sam Mendes’ stage productions of Twelfth Night and Uncle Vanya (Donmar Warehouse, BAM NYC). His score for Troilus and Cressida (Chicago Shakespeare Theatre) was nominated for a Jefferson Award

George has worked as Dame Edna Everage’s composer and Musical Director on Look at Me When I’m Talking to You. Other projects include song contributions for The Shakespeare Revue (RSC) as well as a variety of material for TV and radio.

Honk! has won many international awards including the Laurence Olivier Award for Best New Musical. Mary Poppins has won 45 major theatre awards around the globe, including Tony, Olivier, Helpmann and London Evening Standard Awards. Stiles and Drewe were nominated for Best New Musical at the 2016 WhatsOnStage Awards for Half A Sixpence and Betty Blue Eyes was nominated for the 2012 Olivier Award. Other awards include the TMA Best Musical Award for Moll Flanders.

Along with Anthony, George’s passion for new musical theatre writing is recognised via the annual Stiles and Drewe Prize for Best New Song, now in its 11th year, and their Mentorship Award supported by Music Theatre International (Europe). They are founding board members of Mercury Musical Developments (MMD), Associate Artists at The Watermill Theatre and patrons of the London Musical Theatre Orchestra and the Music Theatre Academy (MTA).