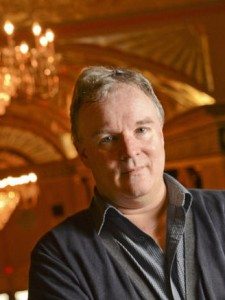 Jeremy Sams is a composer, director, translator and librettist. His opera translations include The Marriage of Figaro, The Magic Flute, Così fan tutte, La Bohème and Wagner’s Ring Cycle. Jeremy devised and wrote The Enchanted Island for The Metropolitan Opera, New York. He also provided the lyrics for Michel Legrand’s Tony Award nominated Amour as well as the book for the West End and Broadway Musical, Chitty Chitty Bang Bang. As a composer Jeremy has written and arranged music for over fifty shows for Theatre, TV and film, whilst his work as a theatre director includes Noises Off, 13, The Sound of Music, The Wizard of Oz, Donkeys’ Years, and Spend Spend Spend.