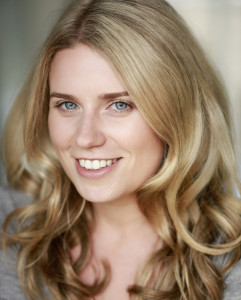 Kate is responsible for Membership and Communications at Mercury Musical Developments (and Musical Theatre Network), joining the team in February 2022. She works across managing both the communications strategy and supporting and developing the membership body for both companies as well as championing new British musical theatre.

Kate’s love for theatre grew from a young age, watching Singing in the Rain on repeat and then annoying her family every morning by belting the song “Good Morning” around the entire house! After discovering this love for theatre, she danced, sang, appeared in every stage version of Calamity Jane in Dublin she could find and, after graduating with a Business and Management degree, she decided to swivel over to the theatre industry in the UK. With a MA in Musical Theatre under her belt she subsequently became a jobbing actor, touring all over the world specialising in puppetry and children’s theatre.

After covid hit, Kate set up a very successful radio station and moved into the world of producing. She even had a radio show called “New Musical Mondays” which was a show all about new musical theatre across Ireland and the UK. Consequently, starting to find herself in a management role rather than an on-stage role, Kate decided to pivot her career and focus on supporting talented artists achieve their goals and dreams, help sell shows, make shows happen and connect artists to people who might be able to help develop their work.

Kate has always been a huge advocate for new musicals and is so excited to be part of this exciting growing community.