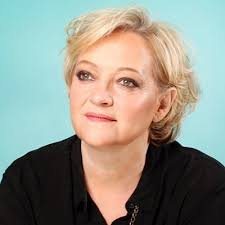 Maria Friedman is one of Britain’s leading musical stars. She has appeared on stage in many West End shows and also on Broadway. Maria started her career in 1980 in the chorus of the national tour of Oklahoma! She has since starred in numerous West End musical hits including Chicago, Passion, The Woman in White, Ragtime and the National Theatre productions of Lady in the Dark also Sondheim shows, Funny thing happened on the way to the forum, Merrily we roll along, Follies concert, A Little Night Music, Passion, with a recording and concert of Sunday in the park with George. Hosted by Stephen Sondheim and Barbara Cook, Maria appeared at The Café Carlyle where she played 3 seasons and took the show internationally.With her career spanning theatre, television, film and radio productions Maria made her critically acclaimed Broadway debut in Andrew Lloyd Webber’s The Woman in White, winning her the award for best debut performer on Broadway. The heart of Maria’s career has been centred around the love and work of her dear friend Stephen Sondheim and in May 2010, Maria was honoured to sing for Stephen at his 80th birthday celebrations in New York and Washington.