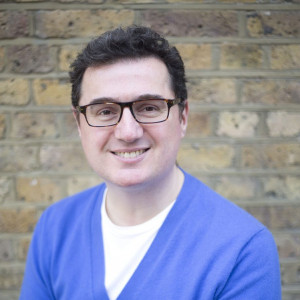 I’ve been a musical theatre obsessive ever since I was taken to see My Fair Lady, starring Tony Britton, Liz Robertson and Dame Anna Neagle as a teenager. I’d seen classic film musicals on TV but that was my first experience of a big, lavish stage production and I remember being on a high for a long time afterwards. Another formative experience was seeing the original production of Jesus Christ Superstar on tour shortly after it closed in the West End. I went on to the National Youth Theatre, read English at Durham University and continued to do as much acting, singing, dancing and, eventually, directing as I could.

I joined MMD in 2011, following a career change from retail management with Harrods in 2009. It was an exciting time in MMD’s history as we received Arts Council funding for the first time in the spring of 2012 and I’m proud to be part of MMD’s on-going development and the work we do nurturing the craft of new musical theatre writing. In addition to working for MMD, I’m personal assistant to a two-time Olivier Award-winning actress, and a distinguished writer and broadcaster, specialising in opera, classical music and musical theatre. I also assist a classical concert manager with her web content and social media, programming piano and chamber recitals at Wigmore Hall, King’s Place, St John’s Smith Square and Cadogan Hall, among others.

Every day is different but there is also a huge overlap between these worlds, which makes for an incredibly varied and fun work life. I feel very fortunate to be doing something I absolutely love!