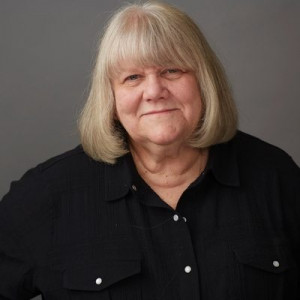 Sarah Schlesinger is the Chair of  Graduate Musical Theatre Writing Program and the Associate Dean of the institute of Performing Arts at NYU’s Tisch School of the Arts. She is a lyricist and librettist who collaborates with Grammy Award winning composer winner Mike Reid. Sarah and Mike wrote the Ballad of Little Jo, that was produced at Steppenwolf as the theatre company’s first musical and subsequently opened at the Bridewell. A new version of the piece will be premiered at Two River Theatre is Red Bank New Jersey in June 2017. They have also collaborated with Director Arthur Masella on Casanova’s Return that was workshopped by Stage Ent in Hamburg in June 2016.  They created the music and lyrics for A Wind In The Willows Christmas, in collaboration with bookwriter Mindi Dickstein and also wrote the score for In This House, a new chamber musical in collaboration with bookwriter Jonathan Bernstein.  They were the creators of Different Fields, which was commissioned by the Metropolitan Opera Guild and Prairie Songs, commissioned by the Amernet Quartet. Sarah was also the lyricist librettist for Love Comics, which premiered at the George Street Playhouse, produced by Daryl Roth, and Swing Shift at the Manhattan Theatre Club. She has been the recipient of the Kleban Award for Best Lyricist, The Richard Rodgers Award, a Gilman-Gonzalez Falla Theatre Foundation Award and Chicago’s Jeff Award for best original musical. She is currently creating the book and lyrics for Super Sunday, a new musical about amateur magicians and writing the lyrics for Blueberry Pie, a musical theatre piece about Americans serving in Iraq.