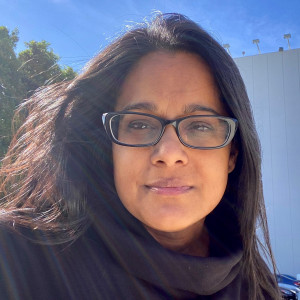 Sumerah is a British MT book writer, playwright and TV writer. Most notably, she has written on the Emmy and Golden Globe nominated series LUPIN as well upcoming episodes for MANIFEST and COLOSSEUM. Other TV credits include GOOD KARMA HOSPITAL, MESSIAH, CASUALTY and EASTENDERS.

In theatre, Sumerah came up through the Royal Court and Criterion Theatre playwright programs. Her recent theatre credits include James Graham’s SKETCHING (PW Productions), #846LIVE (Stratford East), and JIGSAW (Migration Museum). Sumerah is an alumnus of Stratford East’s Musical Theatre Initiative and has two musicals in active development. She is Artistic Director of Kahani Arts and also acts as co-Chair for the Equalities & Diversity committee at the Writers Guild of Great Britain.

Prior to her writing career, Sumerah launched and ran a radio station in London, with music targeting Asian youth audiences (Club Asia) for which she won a Women in Public Life award and an Asian Woman of Achievement award.