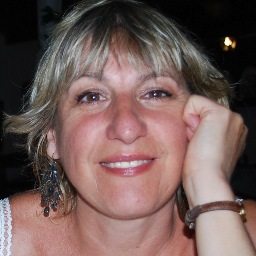 Teresa is a member of MMD, the Writer’s Guild of GB, Advanced Lab, Women Who Write Musicals and is on the board of Mercury Musical Developments (MMD). She received a Fellowship as Resident Writer for Winchester School of Art, taught play-writing at the Holborn Centre for Performing Arts and has also worked for the literary department of the Royal Court Theatre. Recently she was Writer in Residence on a fellowship from the Hosking House Trust in Stratford and is currently being supported by the Arts Council of England for development work. She has lectured on writing at University College Oxford, and been critic and presenter for BBC World Service.

Teresa is currently working on a radio play and new musical theatre projects: an original book commission for a new musical in collaboration with Brian Protheroe and Martin Duncan being developed by Jo Benjamin for Hackney Empire, for which she has had support from the Arts Council of England; a musical adaptation of I CAPTURE THE CASTLE, based on the novel by Dodie Smith (author of 101 Dalmatians), also supported by the Arts Council of England. She is the librettist and lyricist for this project, working in collaboration with composer Steven Edis, who has composed and orchestrated shows for a raft of West End and regional theatre productions. I CAPTURE THE CASTLE received a workshop production at Drury Lane Theatre supported by Watford Palace Theatre, and the Arts Council of England with a cast of West End performers including Sophie Louise Dann and Sally Dexter and was directed by Brigid Larmour and is in development for a forthcoming production. Previously it was also work-shopped at the Royal Academy of Music in 2010, directed by course leader, Karen Rabinowitz.

Teresa’s previous musical collaboration with Steven Edis is a musical play based on the love affair between Jane Burden (wife of the Arts and Crafts designer William Morris) and Pre-Raphaelite artist Dante Gabriel Rossetti, called POSSESSED. While at the National Theatre, Clive Paget was her dramaturg on this musical and received a Writers’ Guild Encouragement Award for nurturing the project. He directed a showcase of POSSESSED at Greenwich Theatre in 2006 with Peter Polycarpou and Anna Francolini in the lead roles. It went on to have a Showcase at the Arts Theatre, London and performance at Oxford Playhouse in 2008, with Anna Francolini, Matthew White, and Joseph Millson in the lead roles. Many of the songs from POSSESSED have been sung as part of festivals and cabaret performances at the Kings Head Theatre, St James Theatre, Josie Lawrence’s Trying it On at the Menier Chocolate Factory and the Clearspace Festival of new musical songs in the USA. Teresa is also developing a new Anglo-Indian musical with Sayan Kent and Steven Edis.

In June Teresa will be part of Tiny Shows – an innovative response to creating musical theatre over a weekend and performing it at The So and So Arts Club EC2 on 14th June.

Teresa’s stage plays include: BADER AND DOOLITTLE (Commissioned by JABOD); GROCK (Chichester Festival Theatre, with Derek Royle); STONEFIST (Soho Theatre); REV. LUKE’S USEFUL SHOW (Old Fire Station Oxford) and MUSIC ON THE METRO (Winchester). Teresa also created and wrote a TV series called PROTECTORS, commissioned by Talisman Films, and was a researcher on PAINE for Peter Law at Red Door. Her children’s audio book, THE LONELY MONSTER, with songs by Olivia Caldwell, was produced by HD Productions. She also writes articles for magazines and journals including The Spectator and Blackwell’s – The Art Book.