Home » What We Do » BEAM Showcase

We are delighted to announce that the hybrid BEAM2021 is now on sale via Hackney Empire and stream.theatre, following the postponement of BEAM2020.

BEAM is the UK’s biggest showcase of new musical theatre and BEAM2021 will be a hybrid, digital and live event, happening live at Hackney Empire and live streamed (or on demand) via stream.theatre.  There will be pitches from 38 new musicals in development, some pre-filmed, with ideas ranging from daytime bhangra raves, to climate change told as a love story, from challenging the UK’s hostile environment policy to singing lesbian pirates, as well as panel discussions and networking.

In 2019, MMD and MTN travelled across the UK to hear pitches from more than 320 new musicals and curated a showcase of fabulously diverse shows in a variety of stages of developments, so they can be presented to potential development partners, producers and audiences.

For the first time, and responding to the covid pandemic, BEAM will also be showcased online via live stream and on demand options, allowing even more people across the UK, and internationally, to experience up and coming new British musicals.

We are grateful to our funders, past and present, our 2021 venue partners Hackney Empire and stream.theatre, our previous venue partner Royal & Derngate, our production staff and supporters, our members, everyone who previously booked to attend BEAM, and most of all to our talented BEAM participant artists, for their understanding and generosity – #BEAMisBack!

If you’d like to support BEAM2021 or future BEAM showcases please visit our Support page.

We are also delighted to be holding the Stiles + Drewe Best New Song Prize concert on Friday 10 September 2021, following a full day of BEAM, at Hackney Empire and stream.theatre.

“After our showcase of ‘The Season’ at BEAM 2018 we found ourselves in conversation with several theatres and producers – conversations we could otherwise never have hoped to hold. As a result, two independent producers agreed to collaborate on the show, which will now receive its first production at Royal & Derngate, Northampton, and New Wolsey, Ipswich, in November 2019. We also secured an agent off the back of the event and subsequently won the Stiles & Drewe Mentorship Award 2018 – a monumental injection of energy which we might not have even applied for without the confidence and encouragement we derived from BEAM. It is almost impossible to exaggerate the significance that moment had on our careers. BEAM has inspired much-needed confidence in the potential of our material, and our ability to produce professional, individual work.”
Jim Barne & Kit Buchan, composer & lyricist/librettist

“BEAM 2018 gave our new musical adaptation of William Nicholson’s ‘The Wind Singer’ a shop window in the musical theatre marketplace, at a very early stage, and before we knew it there were producers and publishers interested. The Royal Shakespeare Company have given us research and development time and the Hosking Houses Trust gave us somewhere to stay in Stratford – that’s the kind of incentive every writer needs. We are also now working with director Lotte Wakeham and will be doing a closed workshop for the RSC. Thank you BEAM!”
Teresa Howard & Sarah Llewellyn, lyricist/librettist & composer 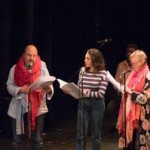 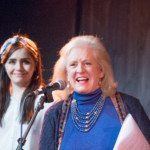 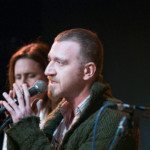 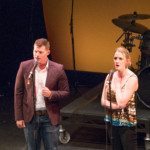 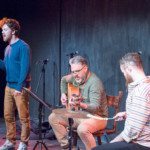 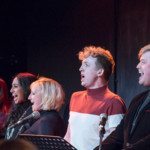 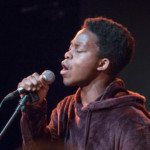 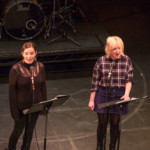 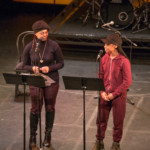 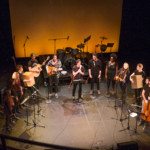 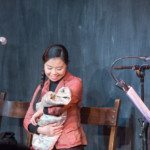 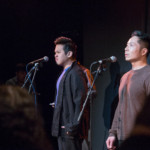