We are delighted to announce that Mercury Musical Developments and Musical Theatre Network have been awarded funding from the Cameron Mackintosh Foundation to support five placements as part of The Cameron Mackintosh Resident Composer Scheme over 2018-2021. The first placement took place at Dundee Rep in Spring/Summer 2019.

Through this scheme emerging professional musical theatre composers are paired with a venue, and given the opportunity to be involved in a range of work which could include underscoring plays, setting text to music or working on development of their own musical theatre material. Recent venues have included the Royal Shakespeare Company; Lyric, Hammersmith; Curve Leicester; New Wolsey and Mercury Theatres; and Leeds Playhouse.

Next Resident Composer Placement:
We are thrilled that the next placement will be with The Lowry and Hope Mill Theatre. The placement will begin in April 2020
, to be agreed between the host venue and the selected composer.

The successful recipient will receive an all-inclusive fee of £11,000, plus £500 towards travel expenses, thanks to the generous support of The Cameron Mackintosh Foundation.

To be eligible to apply: You will need to be a musical theatre composer who has already had some work professionally produced (which can include paid work for a drama college or other training institute). You must be resident in the UK. We are looking for a clear on-going commitment to working in musical theatre. By musical theatre, we mean anything where music and song drive narrative. We encourage applicants from the broadest diversity of cultural heritages. “It is a privilege to have been chosen as the next Cameron Mackintosh Resident Composer; this scheme will contribute greatly to my development as a creative. An integral part of my career so far has been to continuously put myself in environments where I will be exposed to new ways of approaching creativity and encouraged to experiment. I’m extremely excited to be welcomed into Dundee Rep; an inspiring theatre whose ethos focuses heavily on encouraging the public of all ages to interact directly with art. I really admire the space it provides for such a varied and diverse range of art-makers and that the programme does not shy away from pieces which are a social commentary on the current state of our society. Being a part of the residency will push me to explore new and perhaps unfamiliar compositional realms and be a significant part of my creative progression.” – Cassie Kinoshi, Composer

“We’re thrilled that Cassie will be joining us here at Dundee Rep on the first ever Scottish placement of the Cameron Mackintosh Resident Composer scheme. Here at the Rep we have a strong emphasis on storytelling through song and the development of new music theatre. Cassie will be a welcome addition to the artistic forces here and we look forward to welcoming her into the Rep family as an emerging creative.” – Andrew Panton, Artistic Director, Dundee Rep Theatre

Mercury Musical Developments and Musical Theatre Network run The Cameron Mackintosh Resident Composer scheme, which is made possible by funding from the Cameron Mackintosh Foundation. Through this scheme musical theatre composers are paired with a producing theatre, and given the opportunity to be involved in a range of work which could include underscoring plays, setting text to music or creating their own new work. Recent venues have included the Royal Shakespeare Company, Lyric Hammersmith, Leeds Playhouse, Curve, and New Wolsey Theatre. Cassie Kinoshi is the first of five placements that MTN and MMD will be facilitating over 2018-21. – Victoria Saxton, Executive Director, MMD & James Hadley, Executive Director, MTN

Cassie is currently developing a musical, NOVA, based on African-American sci-fi author Samuel R. Delany’s 1968 novel of the same name. She is a BMus Hons Composition graduate from Trinity Laban Conservatoire of Music & Dance. Alongside working frequently within the world of jazz music and live performance, Cassie has also written for short film, theatre and contemporary dance as well as professional classical ensembles such as the Benyounes Quartet and members of the BBC Symphony Orchestra.

Other current & recent work includes composing for ‘SuperBlackMan’ by Lekan Lawal at Battersea Arts Centre, underscoring work by Sonali Bhattacharyya and Shireen Mula for the Connect Now Series 2018 at the Old Vic Theatre, and composing the scores to short films ‘Undercurrent’ and ‘On an Empty Stomach’.

Her compositions and performances have been showcased on BBC Radio 3 (Jazz on 3/Late Junction) and at Trinity Laban Conservatoire of Music & Dance (Bonnie Bird Theatre). She has also worked as Musical Director at the Royal Festival Hall for the Tomorrow’s Warriors Female Ensemble (Women of the World Festival 2017) and as bandleader in various performance settings. Her ten-piece ensemble SEED will be releasing an album with label Jazz Re:freshed in 2019. 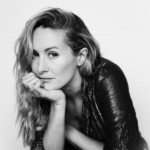 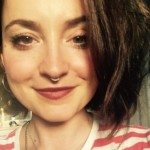 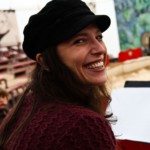 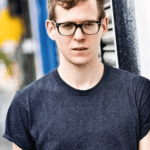 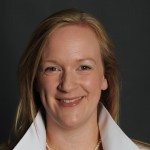 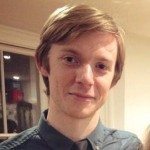 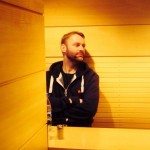 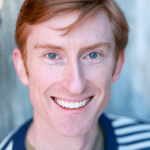 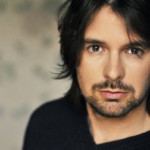 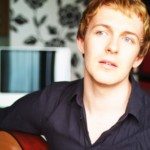 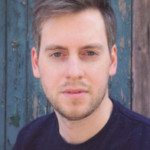 Becky Applin (Mercury Theatre Colchester/New Wolsey Ipswich) and Dougal Irvine (Royal & Derngate Northampton) reflect on their respective placements. For any composers considering applying for future residencies this is essential reading. As you will see, the residencies have had a profound impact on both Becky and Dougal’s careers. In fact, before he applied Dougal was considering leaving musical theatre altogether. “Through the Resident Composer Scheme I have worked on an amazing variety of types of shows and platforms.  Meeting and working with lots of different directors and creatives has been incredibly valuable and I hope has been the start of collaborations that will carry on into the future”. “I owe a huge amount to the Cameron Mackintosh Resident Composer Scheme. It pretty much kept me in the business”.