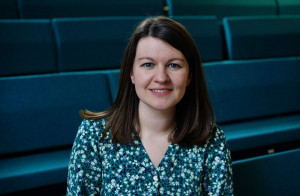 Prior to joining MMD, Natalia was Creative Programme Director at Tall Stories Theatre Company, managing a range of projects including artist development schemes, industry workshops and youth/community projects, as well as running the Tall Stories Studio, a new rehearsal and performance space in Islington.Before this she was part of the producing team, working on national and international tours and West End runs. Prior to Tall Stories, Natalia worked at Jessica Ronane Casting on West End children’s casting, as a Venue Director for the New York Fringe Festival, and began her career as a stage management member of the National Youth Theatre. Natalia is also a director and dramaturg, focusing on new and contemporary musicals. Dramaturgy credits include ‘Stay Awake, Jake’ by Tim Gilvin (winner of the 2014 S&S Award). Directing credits include ‘Ordinary Days’ (Rosemary Branch Theatre), ‘The Last Five Years’ (Edinburgh Fringe) and, as associate director, ‘The Snail and the Whale’ (UK Tour and West End).